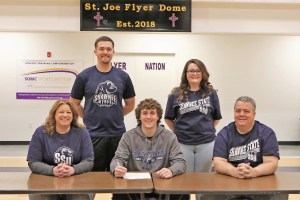 There was an episode of Spongebob where his friend Sandy the squirrel had one week before hibernation and she was trying to cram as much as possible into the short period of time and dragged a reluctant Spongebob along.
Sandy was lucky she didn’t enlist Jimmy Mahlmeister. He would have put her to sleep early.
In one of the most eventful seasons any single athlete could ever imagine, Mahlmeister seemed to cram an entire career into his senior year for the St. Joseph Flyers and it still isn’t over. 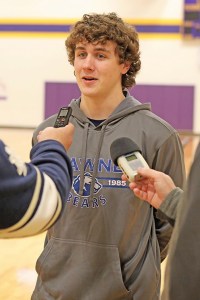 Ward planning to ‘cheer’ her way to nursing degree…