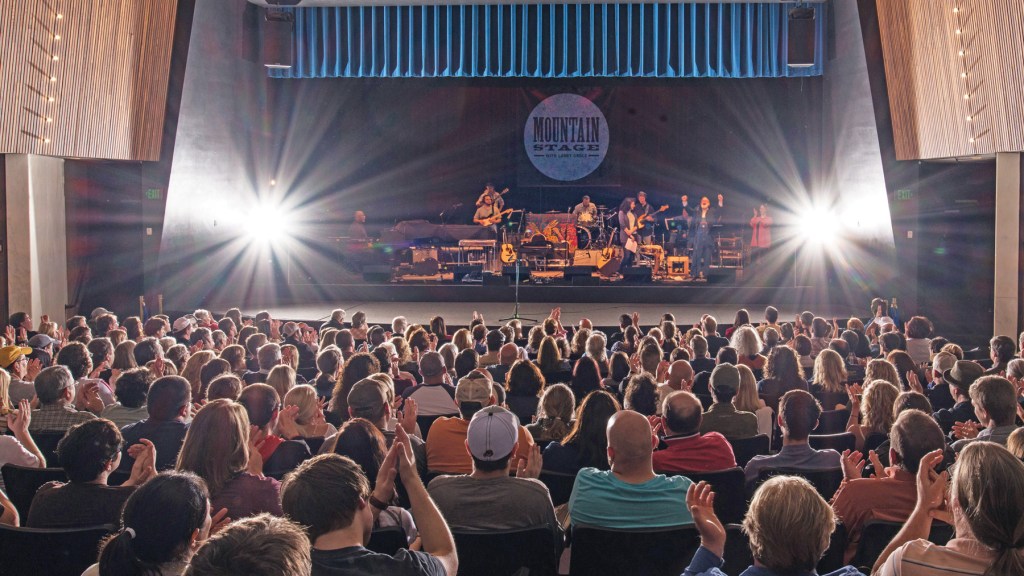 Larry Groce and the Mountain Stage Band perform at the Culture Center Theater in this file photo. Mountain Stage will commemorate the 150th anniversary of the City of Huntington with a special show on April 16, 2021 at Joan C. Edwards Stadium. (Josh Saul | Courtesy of Mountain Stage)

The long-running show was forced to cancel several shows in spring last year, including ones with big name artists like Robert Plant and Steve Earle, when the COVID-19 pandemic began in March.

The show has not taped with an audience since the pandemic closures took effect.

However, it has announced a return to live taping with a special show at Joan C. Edwards Stadium in Huntington, West Virginia on April 16.

That show will be socially distanced, with audience members masked and seated in pods of no more than six people.

The lineup of performers for the taping, part of Huntington’s 150th anniversary celebration, includes St. Paul & the Broken Bones, a soul band from Alabama, and acclaimed singer-songwriter A.J. Croce, the son of the late Jim Croce.

A show has also been announced for the West Virginia Culture Center Theater, where Mountain Stage regularly records.

That show, set for Sept. 19, will feature singer-songwriter Todd Snider, a regular on the show, along with artists to be announced.