MIDDLETOWN, Ohio — If winning weekly awards was a batting average, Taylor Webb might be leading the league.
For the second time in the young season, the Rio Grande RedStorm junior outfielder has been named the River States Conference softball Player of the Week for March 8-14.
Webb previously won the award for the period of Feb. 15-21.
The former Symmes Valley Lady Vikings’ All-Ohio standout had 15 hits and scored nine runs over eight games as she hat a lofty .556 batting average during that span. 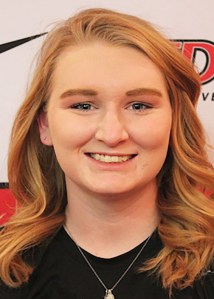 Webb led the RedStorm on its southern swing through South Carolina and Georgia by going 15-for-27 at the plate with two doubles, two triples, a home run and seven runs batted in.
Webb hit safely in all eight games with highlights being 3-for-4 with two triples and four RBIs versus Cairn University. She then went 3-for-4 with a double versus No. 6 Georgia Gwinnett.
Another big game was going 2-for-2 with a double, homer and two RBIs versus Clarks Summit.
WVU Tech junior Taylor Dickerson was the pitcher of the week
She had a 0.50 ERA in a pair of three-hit complete-game victories. She went all seven innings in both of her outings on the week, while giving up just two runs and one earned run in all. There were 16 strikeouts and six walks and just six hits allowed in the two games.
Dickerson started out with 10 strikeouts in a 2-0 shutout over Pikeville (Ky.) and she fanned six in a 7-2 win over Carolina University.