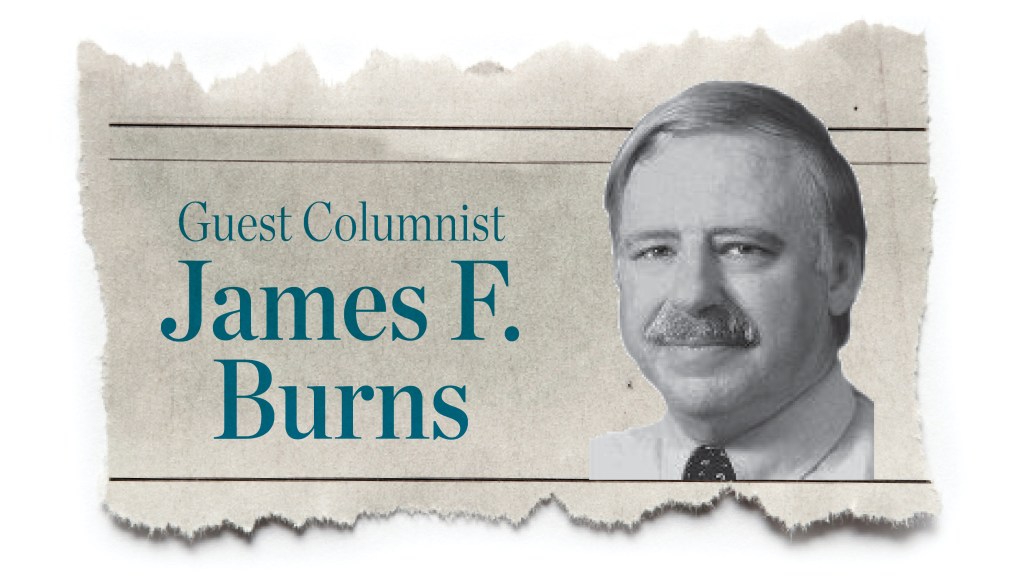 Born on a farm. Died in a church.

Clinton Burns, my ancestral cousin, grew up in western Pennsylvania in the 1850s when the slavery issue was red-hot and even fracturing families.

Young Clinton got swept up in this cauldron of conflict.

Even the wood used for flag poles was politicized.

A hickory pole was in honor of Andrew Jackson, “Old Hickory,” while anti-slavery sentiments were symbolized by poplar wood.

“My father thought slavery to be a sin against God, a crime against his fellow man, and a blot on our country’s reputation. He used poplar wood.”

An uncle, Squire John Burns, led the area’s pro-slavery party which was parading on horseback to a rally and which, by necessity, passed by young Clinton’s house.

“One of the more rabid men covered his saddle with black sheepskin to symbolize the Negro. The black man was fit only to be ridden and ruled by the white man. When the procession passed our house, this man left the line and, riding up to our poplar flag pole and reining in his horse until it stood on its hind feet, he poured out a volley of curses on us.”
Clinton, age 6, reacted.

“My blood was up. It was the first awakening, the first impulse, of political feeling in my heart. I gathered up stones and threw them at the man, much to the relish of my father who sat upon the porch watching the procession.”

Such incidents were “the gathering of war clouds, a storm which soon burst forth in all its fury.”

No family, no institution, was untouched by the toxicity of the Civil War.

Clinton’s minister’s sermons against slavery so badly divided the congregation that the church closed its doors. And when Clinton’s father went to collect his mail at the post office, he found that it also was ensnared in the fury of the Civil War.

“After hitching his horse, my father walked through the yard into the post office, about which a hundred or more men were gathered. He heard them say, ‘Kill him. Kill the damned abolitionist.’ After getting his mail, he left the place promptly. He had not ridden far when six or eight men came at him from the fence corners. Two of them caught his horse by the bridle, two others caught him by the leg to hold him in place while the others pounded him with clubs, breaking two of his ribs. Afterwards, he purchased a Colt revolver and let it be known in the community that he was armed. He was not molested again.”

Meanwhile, Clinton’s older brother had joined the Union Army and was on the front lines, seeing the four officers above him killed or wounded at Gettysburg in 1863 and surviving 28 other battles or skirmishes which involved loss of life.

But knowing that they had the support of family and friends “back home” was crucial to maintaining morale among the troops. In that regard, an episode Clinton experienced at school was a final contribution of his family to the war effort.

Clinton: “Political feeling ran high. At least one half of the patrons of the school were in sympathy with the South. Prominent among them was a family named Bebout [Be-bow]. Three of the girls, 14–18 years of age, attended the school. One day Jane Bebout rigged up what she called a Secession flag and, carrying it around the school grounds, was hurrahing for Jefferson Davis.

This aroused the patriot blood of my cousin, Martha Burns, who undertook to capture the flag and drag it in the dust. They were soon in a fierce struggle for possession of the flag.

“The two other Bebout girls ran to the rescue of their sister while Martha’s sister, my sister, and Ellen Noon ran to help Martha. The seven girls were in the awfulest battle you ever saw. Warren Teagarden ran to help the Bebouts get the flag back.

“My blood was up, and I went for Warren. He was the larger but I the more active and willing to stand the more punishment. The blows were falling thick and fast, and the blood was falling freely when the girls forgot their flag and stood aghast at our struggle. Finally, through sheer exhaustion, we quit without either succumbing to the other. Miss Wolfe, our teacher, made no mention of this affair to our parents.

In later years, Clinton became a history professor at Western Illinois University. He had returned home for a family reunion and was sitting in the front pew of the Windy Gap Presbyterian Church waiting to present a talk on family history when, two weeks short of his 80th birthday, he suffered a fatal heart attack.

James F. Burns is an Ohio native and retired professor at the university of Florida.