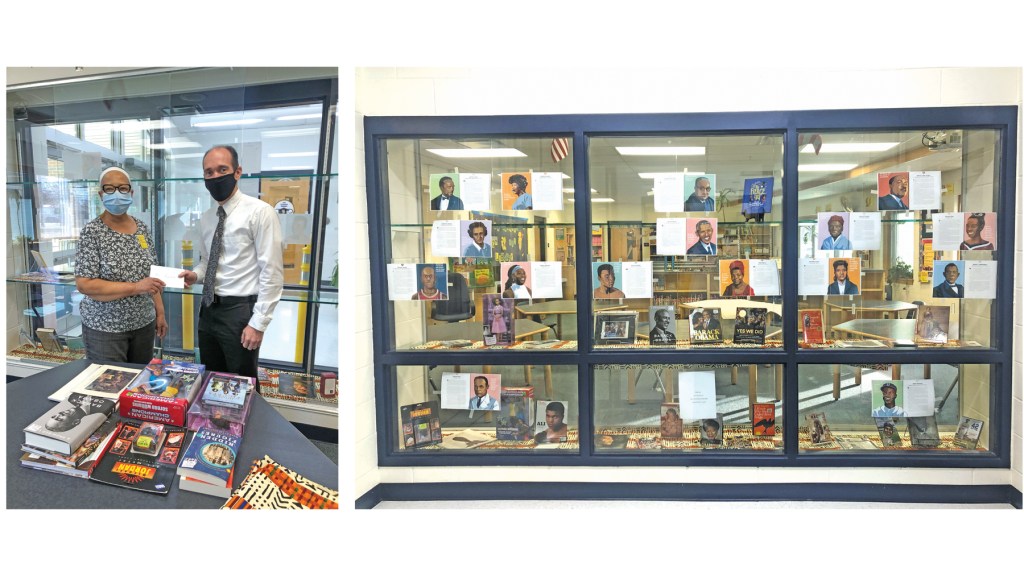 Burlington resident and South Point schools graduate Suzanne Howard and Burlington Elementary principal Michael Clay are seen with items from Howard’s collection that she had on display at the school for Black History Month in February. (Submitted photo)

BURLINGTON — Last month, as is the case every year at Burlington Elementary, students were able to learn about Black History Month, thanks to a display from a South Point schools graduate.

Items from the collection of Suzanne Howard filled the library display cases at the school’s entrance, part of a larger display organized each year by librarian Harriet Ramsey.

Howard has said she does the exhibit so students can learn, not just about well-known leaders, but also people from history they may not have been aware of.

A resident of Burlington, she wrote of her efforts to teach black history.

“In order to provide information that was not available to me when I was a student, I became a charter member of the National Museum of African-American History and Culture in Washington, D.C.,” she said. “In addition, I joined the Schomberg Center for Research in Black Culture — the New York Public Library.”

Howard has been collecting items dedicated to black history for many years, including coins, stamps DVDs, books, magazines and dolls.

Ramsey said the exhibit was on display at the school through the end of February.