Until they’re no longer needed 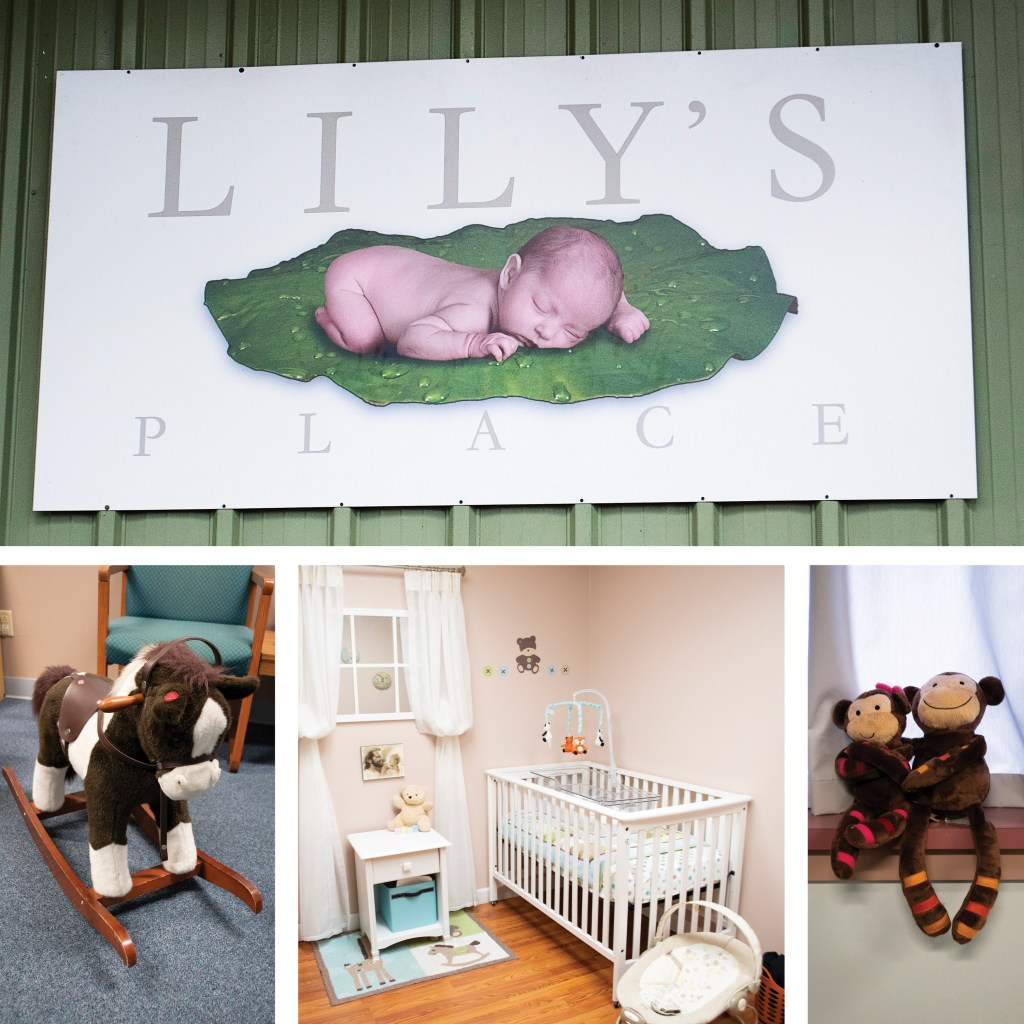 The name Lily’s Place is a reference to a favorite Bible verse, Luke 12:27, which says that God cares for the lilies of the field. In the same way, He cares for the babies and families at Lily’s Place, Crowder said. (Photography by Rachael Layne)

To most people, being in charge of an organization that you hope might one day not be needed would be a very strange position indeed. But for Rebecca Crowder, that’s actually a quite comforting thought.

As executive director of Lily’s Place, a haven and treatment center for unborn and newborn babies of drug-addicted mothers in Huntington, West Virginia, it is Crowder’s deepest hope that their services are no longer needed in her community. “I will happily find another job,” she said. “But, as long as we are needed, we will be here.”

Since Huntington is one of the country’s hardest hit places in the ongoing opioid crisis, seven-year-old Lily’s Place will likely be needed for a long time.

It’s called a Neonatal Abstinence Syndrome (NAS) center and it is the only licensed such facility in the U.S. Other communities have similar models, but West Virginia is the only state to establish a licensing system.

NAS occurs when babies are exposed to drugs (most commonly opioid medicines) in the womb. After they’re born, these children go through several weeks of drug withdrawal, experiencing problems such as trembling, excessive crying, sleep problems, seizures, poor feeding and sucking ability, vomiting and fever.

Lily’s Place provides a holistic approach to caring for these special infants and their families. The center’s staff cares for the babies as they go through the process of withdrawing from the drugs their mother took during pregnancy. Every child has his or her own room, where light and sound are introduced slowly, and parents can bond with their newborn in a safe environment. The center’s staff of 40 full- and part-time employees includes registered nurses, patient care assistants and neonatal touch/massage specialists. Many others volunteer as baby cuddlers.

Co-founders Rhonda Edmunds, Sara Murray and Mary Calhoun Brown had all worked in local hospital Neonatal intensive care units for years, where they saw the number of babies born with NAS increasing. They also knew that a hospital’s busy atmosphere, bright lights and constant beeping sounds were the opposite of what babies with NAS needed. In addition to creating Lily’s Place, which opened in the 1300 block of Seventh Ave. in 2014, the women also helped create the Neonatal Therapeutic Center at Cabell Huntington Hospital.

The name Lily’s Place is a reference to a favorite Bible verse, Luke 12:27, which says that God cares for the lilies of the field. In the same way, He cares for the babies and families at Lily’s Place, Crowder said.

The center opened its doors in 2014 and has the capacity to care for up to 18 babies at a time – something that has only happened a couple of times. Since 2014, Crowder estimates Lily’s Place has cared for more than 350 infants and their families.

“I started as a volunteer here in 2014. As soon as I walked in, I knew I wanted to be a part of this,” Crowder recalled. “And the first time I cuddled a baby, I cried.”

A core tenant of Lily’s Place is to help parents on the path to recovery so that the baby has a better future. That is why parents and caregivers also receive help dealing with all the issues that come with having an NAS baby. It is also why Lily’s Place opened a community-based Behavioral Health Center (called Lily’s Place Family Center) a block away on Sixth Avenue in 2020.

The family center is a place where care for the babies and their families can continue for years after birth. This is key to long-term recovery from addiction, Crowder said.

“We were concerned about what happens to the children once they are school age. We have a lot of recovery services (in the community) for the adults, but felt our region was lacking in services for children,” Crowder said. “The family as a whole needs healing, not just the patient.”

Opening the Behavioral Health Center also allowed Lily’s Place, which relies on fundraising and grant writing for a large portion of its annual budget, a way to collect for some of its services. The West Virginia Office for Drug Control & Policy provided a grant which covered half of the construction costs.

Lily’s Place, through both locations, offers family counseling and many other services to help the addicted and their children. Treating families with respect and as parents — not addicts — lets them know they someone cares about them and wants them to succeed, Crowder said. “Our saying here is: we love them through it.”

While the work done at Lily’s place is emotionally difficult at times, the joy of seeing how the children and their parents progress after leaving the facility makes the tough times easier. “When we see those long-term changes, we know we are making a difference,” Crowder said. “And that’s why we’re here.”