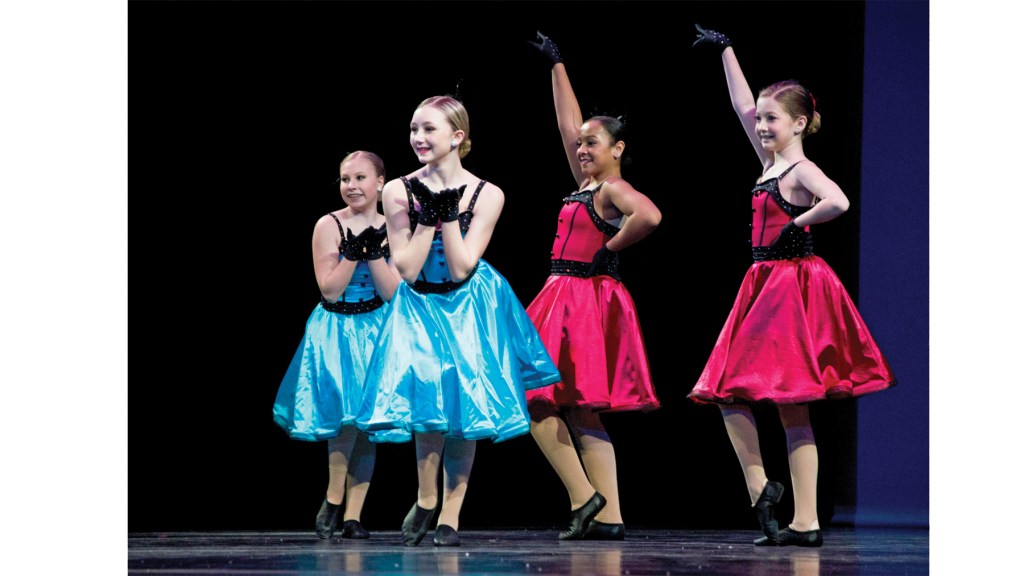 Local dancers competed in the Dance Masters Performing Arts Competition at the Paramount Arts Center on Friday, the opening day of the event. The final two days of the three-day event were dedicated to performers from across Kentucky. (The Ironton Tribune | Heath Harrison)

ASHLAND, Ky. — Dancers from across Kentucky took to the stage over the weekend for the three-day Dance Masters of the Bluegrass competition at the Paramount Arts Center.

It was a return for the event, which was one of the first to be canceled last March, when the COVID-19 pandemic hit.

This year, it took place with some changes. The usual workshops that kick off things were dropped from the itinerary, while the event was closed to the public.

Maria Whaley, DMB president, said she hopes for the workshops to return next year.

Local dancers competed first on Friday, with those who came from across the state taking part on Saturday and Sunday.

Whaley said there were 325 adjudicated award for the event, in which participants could earn a platinum, gold or silver recognition.

She said, while the Ashland Youth Ballet, which she heads, has been fortunate to have two performances in the last year, for many participating, it was the first time they had been able to be on a stage in some time.

She said the decision to cancel last year was a hard one, coming soon after she was elected president, and she was happy to host the event this year.

“It’s a really awesome feeling to be able to put this out there,” she said.

The Kentucky chapter in comparison to its closest neighbors — Ohio, Pennsylvania, Michigan — is relatively small, but the chapter is currently growing with new members slated to test for certification and membership after the competitive event.  The Bluegrass Chapter has made tremendous strides at the national convention and competition over the past several seasons.