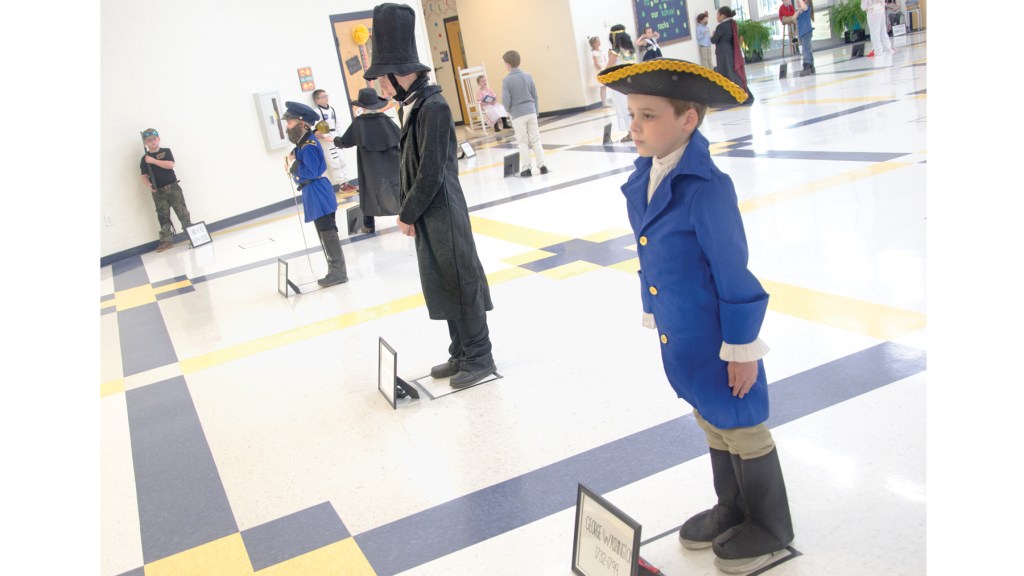 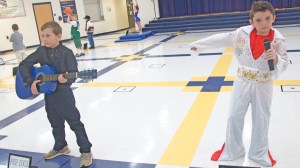 Each year for the last half decade, the second grade classes dress up as historic and modern day figures and pose for the school’s Living Wax Museum.
Tibbetts said that due to COVID-19, there had to be changes this year, such as spacing the children out by six feet and having them masked (with the exception during a short video shoot for parents, who would not attend the usual parents’ night portion of the event).

“We made sure we followed guidelines,” Tibbetts said.

She said due to changes at the school for the pandemic, she had at first feared the event would not take place.

“I would hate for the kids to miss out on this,” she said. “It’s something they look forward to from the first grade.”

Tibbetts said many first graders approached her, already planning for their character when it’s their turn to pose for the display, which the school’s other grades tour each year.

And, with a new presidential administration after last year’s election, President Joe Biden and Vice President Kamala Harris joined the group, standing close to Biden’s predecessor, Donald Trump, who followed up his appearances from the past few years.

Tibbetts said students research their characters and do a report on them, and then plan on a costume.

She said parents can sponsor multiple students and that, after each year’s display, some of the students donate their costumes to the next year’s participants.

“That way, they can pay it forward,” Tibbetts said, adding that she now has an entire closet full of costumes for the yearly exhibit.

The event was started at the school in 2017 by Tibbetts, along with her former second grade colleagues Amanda Clay and Mary Matney. This year, her class took part in it along with students from Ashlee McCartney’s class.

And, after five years, Tibbetts said the event is still moving.

“Each year, I start by worrying, ‘maybe it won’t be as good this year,’” She said. “But every year, they blow me away and I end up in tears.”