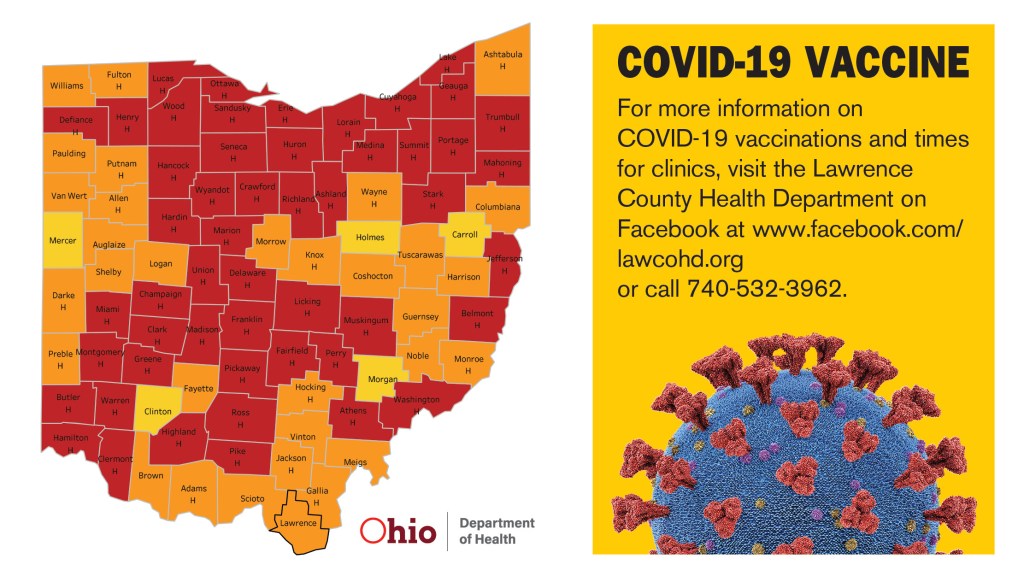 Ohio Gov. Mike DeWine says COVID-19 cases increased over the past two weeks, marking a rise after months of decline.

“For the past two Thursdays, our statewide averages were just under 150 cases per 100,000 population,” DeWine said at his news conference on Thursday. “The two-week case rate has risen to 167.1 cases per 100,000 as of today. New cases have been relatively flat through the month of March, but we are seeing the numbers go back up.”

DeWine has said health orders will be lifted when cases reach 50 per 100,000 people. The state had looked like it was on track for that goal, with cases falling from 900 per 100,000 on New year’s Day.

DeWine said the increases have not changed the outlook on the state’s four-tier COVID-19 alert map at this point.

“With the increase in cases per capita at the statewide level, we also saw cases increase in 56 counties,” he said. “ At this point, there aren’t yet significant increases in healthcare utilization at the county level, so most counties are still staying red or orange on our advisory map.”

Locally, the map saw Scioto County move back to Orange Level Two, after being listed at Red Level Three since late September.

This is also the first week since September in which Lawrence County and its three neighboring counties are all listed at Orange Level Two. Lawrence County moved back from its second stint at Level Three last week, which it had been listed at since October.

Both Lawrence and Scioto County are no longer marked with an “H” for high incidence of the virus, while Gallia and Jackson had that designation.

On Thursday, the Lawrence County Health Department hosted a walk-in clinic for COVID-19 vaccinations at the South Point Board of Education offices in the district’s former high school building.

Health department director Georgia Dillon estimated that, by Friday evening, the department would have adminsitered 16,000 vaccinations.

She said the number of people coming had dropped some, though they had 800 on Thursday alone.

“Some of those were return visits,” she said of people seeking the second dose of the Moderna vaccine.

She said they were also hosting a late clinic that evening, in order to accodate people who work during the daytime.

“We’re trying to get the word out that we’re here,” she said. “It’s a free vaccine. We’ll those for those with and without insurance.”

Dillon said they have had no complications from the vaccine, which she said is safe, but noted that EMS are always on hand at the site as a precation.

“We’re here to deliver this vaccine and protect those who want it,” Dillon, who was one of the first in the county to take the vaccine in December, said. “And there’s another varaint of the virus that it is supposed to cover. Everybody who wants it can come.”

Dillon said, as long as there is demand, they will continue doing the clinci in South Point, which was selected due to its cenntral location in the county.

Dillon said, so far, there have been no confirmed cases of COVID-19 varaints in Lawrence County, but said they have been reported in Ohio.

“There is the California variant, which has turned up in Columbus,” she said.

Dillon said she has seen an increase in case numbers in Lawrence County this week, going from one to two cases per day to seven to nine per day.

She said the department is urging all in the county to continue to wear masks and practice social distancing for Easter weekend.

“Especially for the holiday,” she said, pointing to a spike in cases that came during last year’s Fourth of July holiday, as many held family gatehrings.

“They should be less than 10 people,” she said.