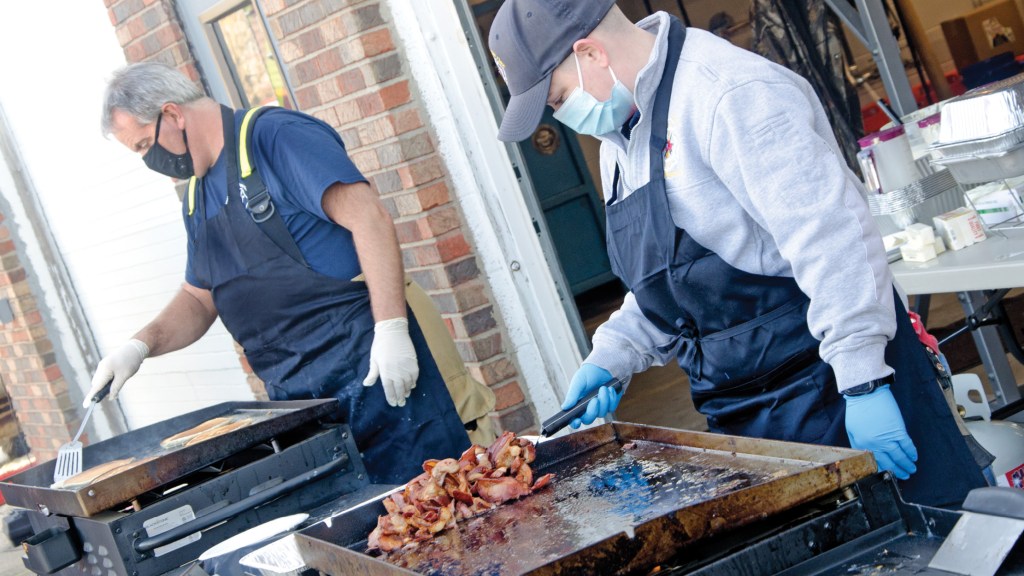 SOUTH POINT — Saturday was the Village of South Point’s annual spring yard sale and, before things got fully underway, those coming through could start the day with a breakfast geared toward a good cause.

Dine-in was available, while others, such as Mayor Jeff Gaskin picked up orders.

“And we’re doing delivery, too,” department chief Mark Goodall said as he worked the grill.

He said they arrived at the station at 4:30 a.m. to get things ready for the event, which kicked off two and a half hours later.

“We’ve had a good turnout,” he said. “It was cold at first, but it’s starting to warm up.”

Goodall said those who could not make the event who would still want to donate to the effort could drop payments off at the station or mail them to: 104 Eisenhower St., South Point, Ohio 45680.