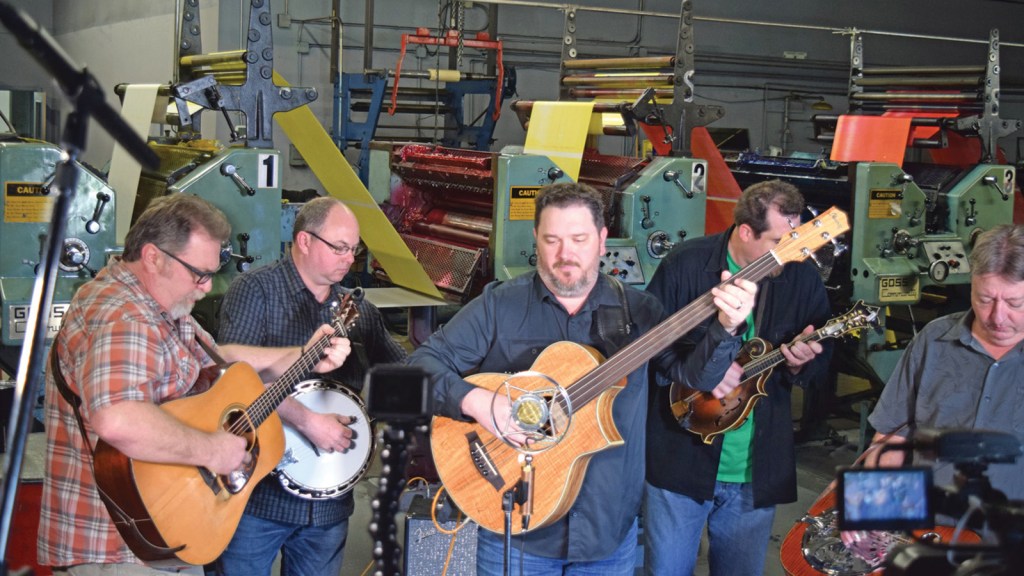 String Therapy perform as part of Press Room Recording series hosted by The Ironton Tribune and Armstrong Cable. The band will be performing at The Ironton Elks later this month as the first of a series of socially-distanced patio shows by the venue. (The Ironton Tribune | File photo)

For the last year, live music has been missing from most people’s lives because of the COVID-19 pandemic.

Concert venues have been shuttered, with shows from major artists either canceled or indefinitely postponed, while local musicians have been left without outlets to perform and build a following.

The Ironton Elks Lodge is working to bring a local music scene back from the pandemic by launching a monthly patio concert series.

The first show, featuring String Therapy and set for Friday, April 23 is sold out, but organizer Rick Phelps said there are more shows planned for the year.

“We came up with the idea of selling 40 tickets for outside on the patio,” he said. “People will be spaced out and it won’t be crowded. It’s the start of a series we’ll have once a month.”

Phelps said the tickets go quick, with this month’s show selling out in just two days, but he said those who want to attend can join the Elks and they will have first access to future sales.

He said this would be the first show for the Elks since the pandemic began last March.

“We’re really exited to do this and have live music again,” he said.

The Elks Lodge is located at 416 Park Ave. in Ironton. For more information, visit them on Facebook at https://www.facebook.com/IrontonElksLodge177.

In addition to the Elks, there are other live entertainment events scheduled for the Tri-State.

Mountain Stage will be hosting a show at Joan C. Edwards Stadium in Huntington on April 16, featuring A.J. Croce, Ona, St Paul & the Broken Bones and others, while the Paramount Arts Center in Ashland will host the Kingsmen Quartet, The Inspirations and Michael Combs in a Gospel show on Friday and Popovich Comedy Pet Theater and Dr. Des Coveries on April 17. These shows will be socially-distanced and follow health guidelines in the venues’ counties.