A New You has a new place 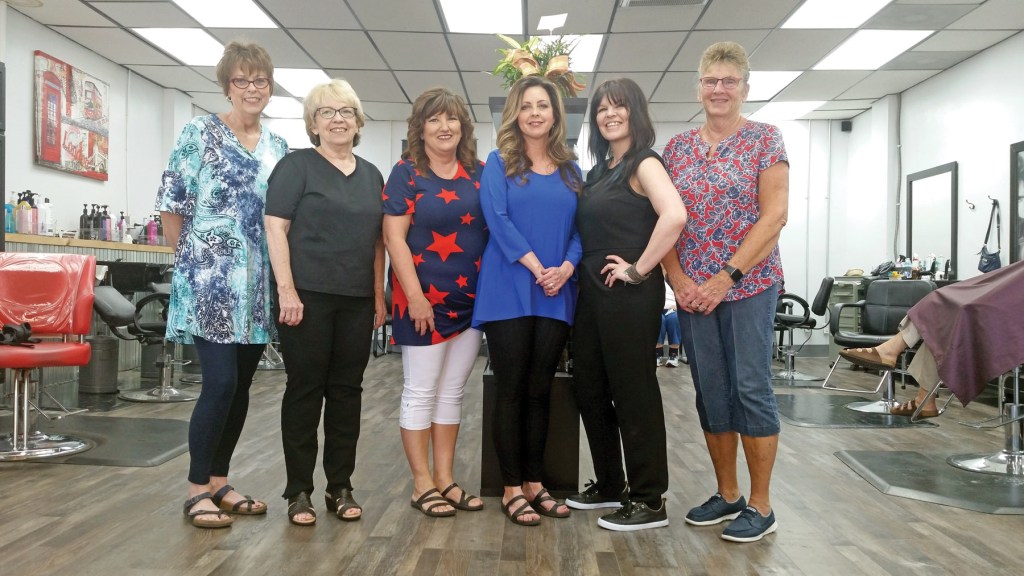 A New You Hair Salon and Spa has moved to a new space on Second Street in Ironton. The staff of A New You are co-owner Rachael Russell, Linda Keaton, co-owner Lorrie Kengrey, Shawna Nixon, Andrea Mollett and Helen McGlone. (The Ironton Tribune | Mark Shaffer) 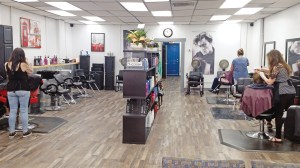 The hairstylists work in the new space of A New You Hair Salon and Spa, which moved from Third street to a new location on Second Street in Ironton. (The Ironton Tribune | Mark Shaffer)

A New You Hair Salon and Spa has a new space in downtown Ironton.

Earlier this year, the salon moved from a rental space on Third Street to the former site of Paula’s Beauty Shop/Tone & Tan after A New You Hair Salon and Spa’s owners, Lorrie Kingery and Rachael Russell, bought the building at 107 S. Second St. from Paula Bellomy after she retired in January after 47 years.

“We decided not to rent anymore,” said Kingery of their decision to move. She added it is different being an owner rather than a renter. “Anything goes wrong, it’s ours.”

She said they are enjoying the new location.

And she said they will be painting the outside soon.

Kingery has had her license for 30 years and Russell has had hers for 35 years.

Kingery said at the beginning, they never dreamed of being business owners.

“We worked for a chain salon and then they switched owners and things started getting bad there, so we decided it was time to go out on our own. We wished we had done it a lot sooner.”

“It was a big step,” Kingery said. “But it wasn’t as hard as we thought it would be. It is actually nicer. It’s better being our own boss.”

Besides Kingery and Russell, two hairdressers came with them from the old location, Andrea Mollett and Shawna Nixon, and two who worked with Bellomy, Helen McGlone and Linda Keaton. And between the six of them, they have nearly two centuries of experience in haircutting and styling.

“And we all try to keep up with the latest styles, we all go to hair shows,” Kingery said. “And in September, we are going to the Chicago hair show, that’s probably one of the biggest in the country. So, we will go there for three or four days.”

Once they bought the building from Bellomy, they spent a couple months remodeling the space.

“Because the other two ladies were still working, so we would come in at nights and weekends when they weren’t working,” Kingery said.

A New You offers haircuts and styles, perms, coloring, highlights and facial waxing.

She said the pandemic didn’t have much of an effect on their business.

“Actually, our business didn’t slow down at all,” Kingery said. “We had restrictions like we had to have one person at a time and nobody waiting, but it didn’t slow things down.”

Kingery said that she has stayed in the business so long because she enjoys seeing the transformation.

“I like making people happy, that’s my thing,” she said. “My favorite part is doing color, because you can see the results really quick.”