DeWine: COVID-19 variants on the rise in Ohio 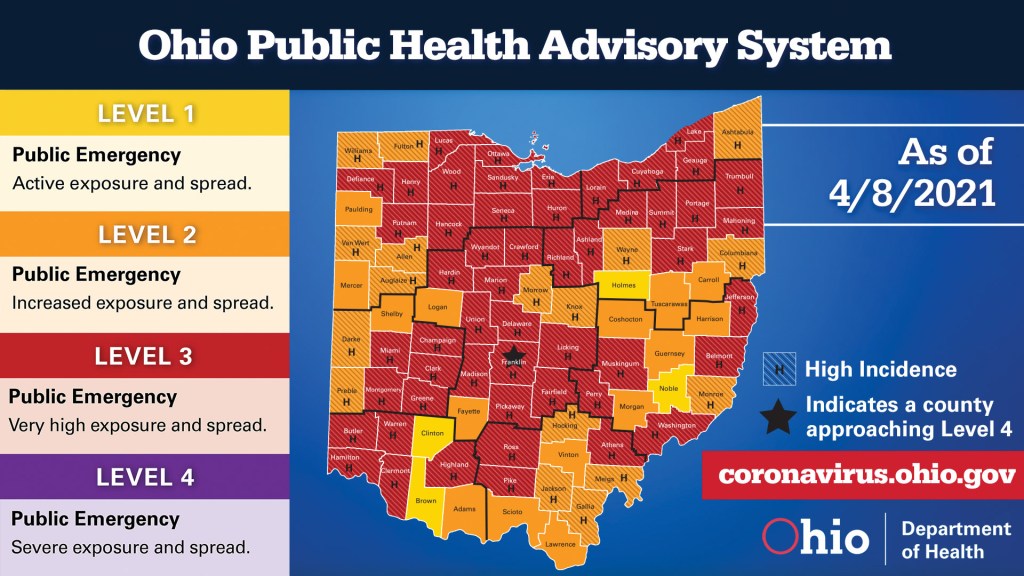 COLUMBUS — Gov. Mike DeWine said on Thursday that COVID-19 variants are on the rise in Ohio.

“Our variant counts jumped from 92 on March 12 to 797 today,” DeWine said in his news conference on Thursday. “That’s a doubling time of about every 9-10 days. Ohio remains in a very important race against the virus and its variants. We can win the race if we continue to press on with consistent masking and getting the vaccine.”

DeWine was joined in the conference by Ohio Department of Health director Bruce Vanderhoff, who said variants are behind a spike in cases nationally and statewide.

“It is clear that Ohio and the nation are enduring another wave of #COVID19,” Vanderhoff said. “This time it is being driven by new variants of the original virus. The variants are more contagious and more deadly.”

“The statewide average is also going up and away from our goal of 50,” the governor said. “We can still turn this around if people continue to get vaccinated.”

DeWine had said that health orders, such as the mask mandate, would be lifted when cases dropped to 50 per 100,000 people.

The legislature recently overrode the governor’s veto of a bill that would give lawmakers the ability to cancel health orders. This law, which was introduced by state Sen. Terry Johnson, whose district covers part of Lawrence County, takes effect in July.

DeWine said, beginning Monday, vaccine providers may partner with other organizations, such as employers, labor unions, churches and others to hold closed-pod vaccination clinics with these organizations.

He said he also encourages health departments to reach out to local high schools to help set up vaccinations for eligible students who want to be vaccinated.

“This week we also began providing vaccines to providers that are partnering with colleges and universities,” he said.

Lawrence County remained at Orange Level Two this week, after being dropped to that designation on the state’s four-tier COVID-19 alert map.

The map saw its first county placed on a watch list in several months, with Franklin County, listed at Red level Three be observed for conditions that could lead it to be listed as Purple Level Four, the most severe designation.