The Shining shines, whether it’s the novel or the movie 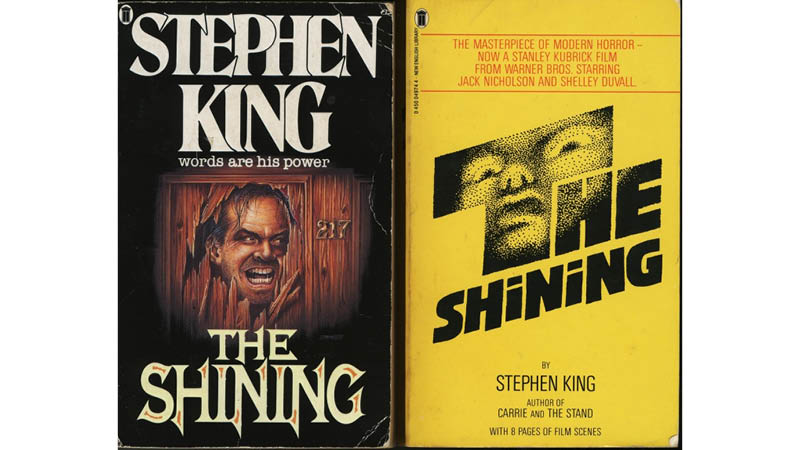 It’s difficult to revisit Stephen King’s “The Shining” without picturing Jack Nicholson’s menacingly arched eyebrows and famously ad-libbed line “Here’s Johnny!” in Stanley Kubrick’s film, but after a third reading, I’ve come to appreciate how deftly King uses horror as a metaphor for addiction and its fallout, particularly for families.

A struggling writer and recovering alcoholic with a history of abuse, a description keenly mirroring King’s own life, loses his job at a highly reputable New England boys’ prep school.

Jack Torrance is recommended for a job by a former drinking buddy (also headmaster at said school) as caretaker of the Overlook Hotel during its off-season; the off-season being an excruciating six months of extreme winter weather tucked away in the Colorado Rockies.

Just before and during the trip from New England to Colorado, Danny has been seeing visions in the form of warnings from an older and familiar imaginary friend, Tony.

What could possibly go wrong?

The Torrance family are given a tour upon their arrival by Dick Hallorann, the Overlook’s chef who’s on his way to a Floridia resort.

Dick possesses similar abilities to Danny— “shining” as Dick’s grandmother calls it—which he uses to impart some wisdom to Danny in relation to the Overlook’s eeriness.

After a few weeks of supernatural occurrences and looming winter weather, Jack’s delusions and paranoia (if only he could have one drink) is palpable, and Wendy and Danny grow increasingly vulnerable to Jack’s outbursts.

The literal and metaphorical “demons” Jack, Wendy, and Danny face are manifestations of the Overlook’s many guests who’ve quite often met disturbing fates—not unlike the previous caretaker and his family—giving the Torrances and reader the impression one does not simply check out from the Overlook Hotel.

I challenge any and all who happen to be fans of Kubrick’s version or the psychological horror genre in general to read King’s novel in order to gain a better understanding of the source material, and perhaps, glean something beyond the confines of horror.

Both King and Kubrick’s “The Shining are available for check out at the Briggs Lawrence County Public Library.

Be sure to search the library catalog or call your local branch for more information.

Jamie Mathis is a librarian at the Briggs Lawrence County Public Library.