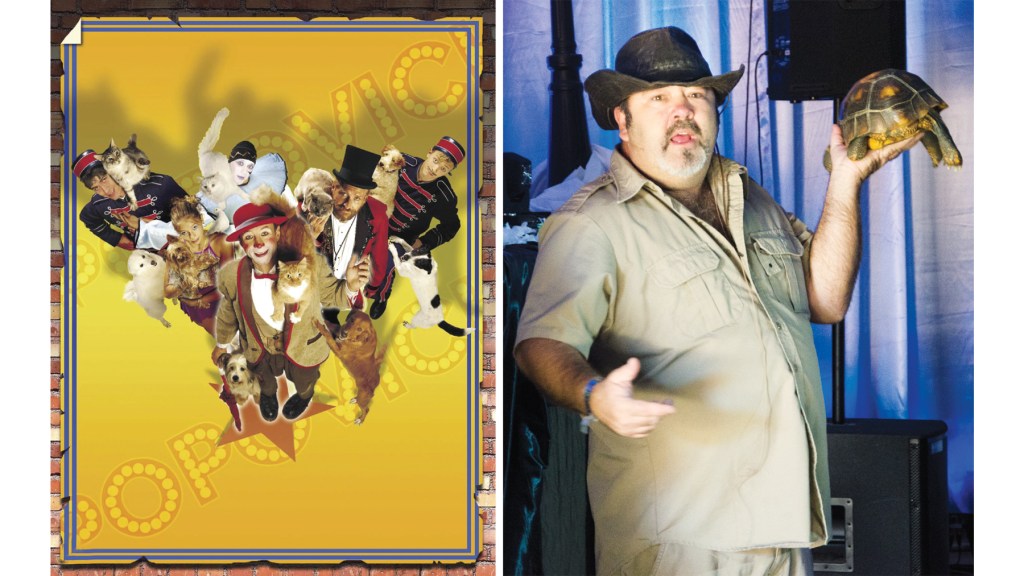 ASHLAND, Ky. — Two animal-centric performances are set for Saturday at the Paramount Arts Center in Ashland.

The Popovich Comedy Pet Theater will by doing two performances, at 1 p.m. and 4 p.m.

“These will be socially-distanced shows,” David Miller, marketing director for the theater said. “There will be plenty of space between folks.”

Miller said the theater has had some events during the past year of the COVID-19 pandemic, but they have consisted mostly of concerts.

“Most were not performing arts,” he said, adding that they wanted to book something family friendly.

“We try to keep that balance,” he said. “And the community response has been really great.”

He said they added the 4 p.m. show to meet demand.

The Popovich Comedy Pet Theater features a blend of comedy and the juggling skills of former Moscow Circus veteran Gregory Popovich and the talents of his performing pets. His entourage consists of world-class jugglers, Diamond the Shetland Pony and over 30 performing pets, including house cats and dogs, geese, white doves and parrots.

Miller said all of the pets in the show are rescue animals who have been taken in and trained by Popovich.

He said the show began in Las Vegas, where it was the number one family attraction, before Popvich took it on tour.

“Anytime you can get a Vegas-quality show for the Paramount, it’s great,” he said.

Opening for Popovich will be Gary Bussa, aka Dr. Des Coveries, a local wildlife expert from the Tri-State who does animal shows throughout the region.

“It was a cool opportunity to open it to locals,” Miller said.

Tickets for the shows range from $17-25 and are available at www.paramountartscenter.com or through the box office at 606-324-0007.