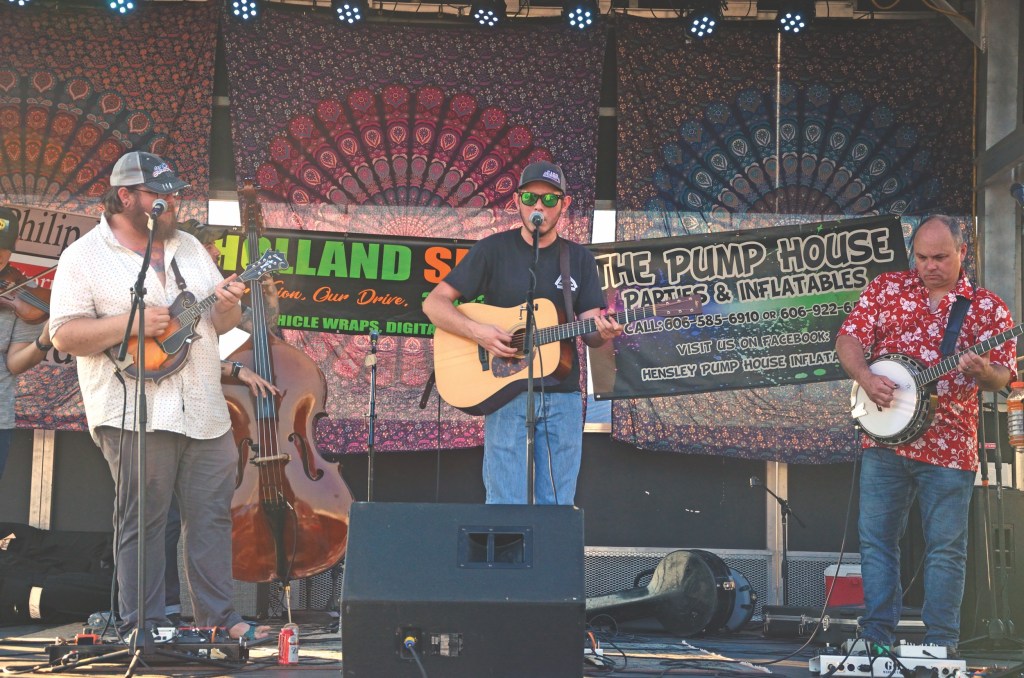 The Cold Cave Hollow Boys perform at the 2019 Ohio River Revival in Ironton. The band is set to perform at this year’s event in September. (The Ironton Tribune | Heath Harrison)

Music lovers across the region can plan to spend the day on Ironton’s riverfront for the return of The Ohio River Revival on Sept. 11.

Organizer Bob Delong has been working to not only create a lineup of talented musicians from Lawrence County, the region and beyond, but also to provide an event that is community-centered.

“The Ohio River Revival has been a community festival, and it will stay that way,” he said. “With that, I’m planning it to be a free festival. It’s a great thing we can continue, and we want the community involved.”

The festival features Larry Keel with The Larry Keel Experience. The legendary flat-picker hailing from Appalachia has a host of awards under his belt, including multiple wins in the flatpicking guitar competition at Telluride Bluegrass Festival.

“We’re excited to have him on board as a headliner act,” Delong said.

Also scheduled to perform is Songs From The Road Band, based out of Asheville, North Carolina.

“They’re a solid act to have in there as well,” Delong said, noting that two of the group’s latest albums made it to the top five on Bluegrass Today’s album charts.

Some regional favorites will take the stage at the event.

“It gives local and regional artists a platform to play and promote their music,” he said.

Building Rockets, which includes Ironton residents JD Thomas, Emily Jamison and MacLean James, as well as Jeremy Roberts, will be sharing their countrified rock and roll. String Therapy, who are scheduled to perform a sold-out show April 23 at the Ironton Elks club, will bring bluegrass to the stage, while Walter Debar, out of Charleston, will showcase his raspy vocals and songwriting skills. Rounding out the local acts is Pvt. Miller and the Startshooters, who will share their blend of psychedelic rock and hip hop, and Charlie Woods and Deep Hollow, a modern bluegrass group.

As if that isn’t enough talent for one stage, Delong says, “we’ll have another announcement to fill the rest of that lineup out soon.”

“We want everyone to get involved, people, businesses, everyone, so it can feel like it’s their festival too,” he said. “I want folks to take ownership and feel like they’re an actual part of it.” Those who want to get involved can contact Delong directly at bob@ohioriverrevival.org or through the revival’s Facebook page at facebook.com/ohioriverrevival.

In addition to community sponsors and engagement, they’re also planning to host craft and food vendors.

The Ohio River Revival launched in summer 2019 in Ironton, but was canceled last year, due to the COVID-19 pandemic and limits on mass gatherings.

As far as the decision to continue hosting the festival in Ironton, Delong said, “It’s a beautiful area, we want people to come see this hidden gem. Anything that brings in new eyeballs and people to patronize our local businesses is great.”

And he hopes the event has a ripple effect.

“Our local economy can use a boost, and I know from experience this is a way you can do it,” he said. “And I hope to help in that fashion.”