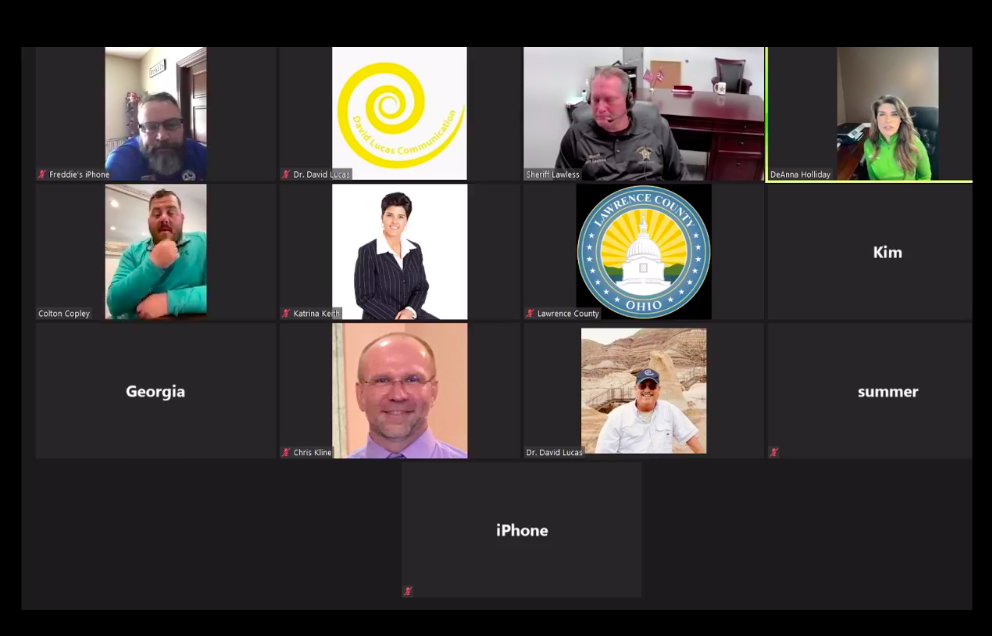 A tire collection, document shredding and drug takeback event is scheduled for 10 a.m.-2 p.m., Friday, May 14 at 154 County Road 450, the site of the former Grandview Inn in South Point.

Holliday said the location was chosen due its centrality in the county.

She said those taking part will be asked to produce proof of county residency.

“A utility bill or anything with your name and address on it,” she said.

She said there would be a limit of 10 tires accepted per person and that tires must be removed from their rims before they will be collected.

She said there would be no charge for the event.

“This is the first of many projects we are excited to offer in 2021 to serve our citizens,” she said.

Holliday also made what she described as a “plea and call to action” for citizens to tackle the issue of litter in the county.

“Folks, we have to clean up our act,” she said. “Our landscape is so littered with trash. We’re all in this together. We are in dire need of a mindshift when comes to cleanliness of our landscape.”

Holliday said there would be many projects through Project First Impression in coming months to address the issue.

The commission heard from two county officials during the meeting, which took place via teleconference.

The first was Lawrence County Health Department director Georgia Dillon, who said the department is “still in vaccination mode” regarding the COVID-19 pandemic.

“We are trying to protect people from getting COVID and the variants out there, which are affecting younger people in much different ways,” she said.

Dillon said the department is meeting with school superintendents throughout the county and planning on having students between the ages of 16-18 bussed in to receive a vaccination.

“We want them to be able to continue to have proms and graduations,” she said. “And we worked really hard so that they will have their second dose by the time those activities occur.”

Dillon said the department has arranged similar efforts with Ohio University Southern students. She said they are also working with businesses with large populations, such as Liebert, for vaccination efforts.

“We encourage all businesses to join us in open clinics,” she said.

Dillon also addressed the temporary pause in the Johnson & Johnson vaccine, ordered by Gov. Mike DeWine after there were reports of blood clots in patients in rare cases.

“We want people who know they received it to cautiously look for signs of any type of blood clots,” she said, adding that the state department of health is following the situation closely.

Dillon said symptoms could include tenderness in the legs and shortness of breath and that those with these symptoms should seek medical care immediately.

Commissioner Colton Copley, who works as an emergency room doctor at Cabell Huntington Hospital, said he is glad the department is taking these precautions.

But he also advised the public to put the matter into perspective.

“6.8 million have been given the Johnson & Johnson vaccine,” he said. “In six cases, there were blood clots. It’s good to see that, even with that small number of people, they’re taking a look.  But I don’t want people to panic or overly worry. But if you have symptoms, get them checked out.”

Holliday echoed the need for residents to get the vaccine.

“We still need to be vaccinating,” she said. “Because, in the process things of things going well, people get relaxed in their behaviors. We want you to take all steps and measures to protect yourself, allow us to get into recovery phase of COVID and come out stronger. We cant do that if we’re not following proper protocols.”

Dr. David Lucas, who handles audio and video for the meetings, shared their sentiment, stating that he was hospitalized for COVID-19 over the holidays.

“I was flat on my back and it was the most horrendous experience I’ve ever had,” he said. “I encourage you to go get the vaccination, rather than go through what I did.”

Dillon also spoke to clarify false information that was circulating around regarding mask mandates and guidelines.

She said businesses in the county had received a letter, purporting to be from the health department, that said such guidelines were not being enforced any longer.

“We did not send out any letter like that,” she said, stating that many establishments serving alcohol had been sent the false information.

“Six foot distancing and a mask mandate,” she said of what is still required. “We encourage all businesses to please to continue to hold with masks and distancing and not get too comfortable. Know that there are variants out there.”

She said Cabell Huntington and King’s Daughters hospitals are testing people who may have been infected in the region with a COVID-19 variant.

“We have got to be aware that this variant is probably here,” she said.

She also thanked everyone who has been involved in the vaccination effort, including South Point schools, who have allowed for the clinic to take place in their board offices.

“It takes a village and all of us are thrilled with the partnerships we’ve made,” she said. “The Lord knew we needed that facility in South Point. It’s been a great opportunity to serve the citizens.”

The commission also heard from Lawrence County Sheriff Jeff Lawless, who said his department was excited to see new cruisers arrive this week.

“It was about eight moths after we ordered them,” he said. “They will be a tremendous help for us and we thank the commissioners for the purchase. If you’ve seen our old Crown Victorias on the road, they look rough and have about 200-300,000 miles on them. Getting these and rotating the old ones off the road will be tremendous.”

Lawless said his office could use three more cruisers and hopes they could be done on a rotating basis.

“It takes so long,” he said of the process. “Once you order, it’s about 6-12 months. It’s not like going to a car lot, where you drive it off and have it in your hands right then.”

Lawless said they are also in need of replacing a transport van, which currently has 193,000 miles on it.

“It’s a long trip, if you’re hauling 15-16 passengers,” he said. “It’s important to look at replacing it. I’ll have a quote for you next week. I know we don’t like to hear of expenses, but it’s a part of our life, unfortunately.”

Holliday said the commission would be “happy to assist” with the requests.

“It’s very necessary to realize the importance of keeping your deputies and passengers safe. We want to address that.”

Lawless also said that a livescan machine is now active at the jail, which scans inmates who come into the jail for hidden objects.

“It’s a tremendous help for the jail,” he said. “We want to thank the commissioners. It should reduce the amount of drugs getting into the jail.”

He also said he wanted thank all of his deputies and staff for their work during the pandemic. He said, in many cases, they have to rush to a situation and don’t have time to put on protective equipment beyond a mask and gloves.

“They’ve been working since day one and they haven’t let up a day,” he said.

•  Heard from Copley in commissioners reports. He said he wanted to encourage the public to attend games with Little League season starting.

“Whether you have a child playing or not, take an evening go down to ballfield,” he said. “It’s an evening well spent watching the young ones play, and kids like to have a crowd to support them and cheer them on.

Holliday agreed and also reminded that youth soccer season is starting as well.

• Approved appropriations and transfers as advised by the county administrator

Due to audio issues with the livestream process, the first portion of the meeting was not available to cover.