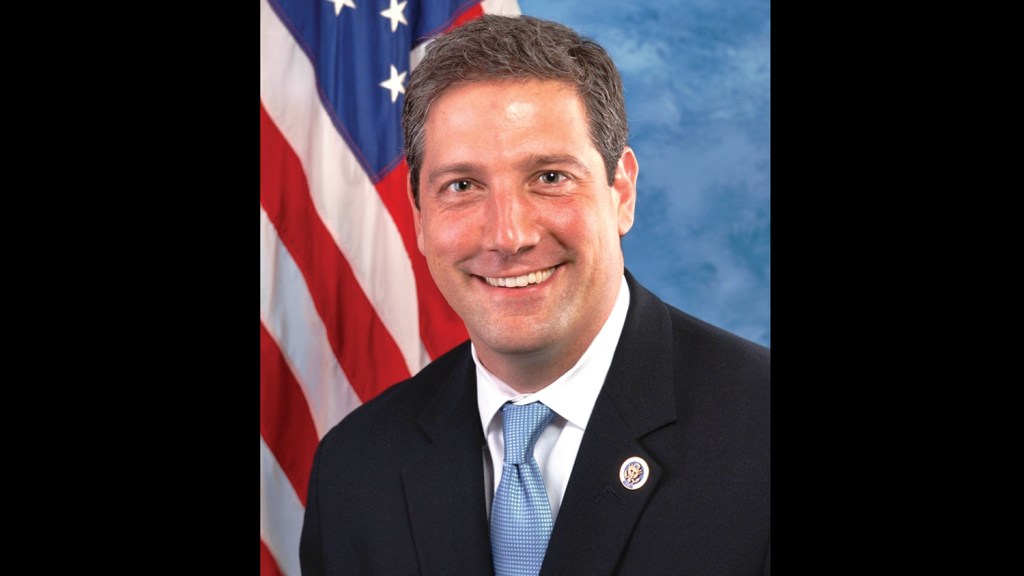 Ryan, 47, becomes the Democratic frontrunner as the party goes after Republican Rob Portman’s seat in what stands to be one of 2022’s most closely watched Senate contests.

“I am running to fight like hell in the U.S Senate to cut workers in on the deal,” Ryan said in a video announcing his candidacy. “Ohioans are working harder than ever, they’re doing everything right, and they’re still falling behind.”

Portman decided earlier this year not to seek a third term, setting up a heated showdown for the seat.

Republican candidates are vying for former President Donald Trump’s backing for a race likely pivotal in GOP efforts to win back a U.S. Senate majority.

“I think Tim Ryan needs to run and I think the Republican Party needs to run one of their Trump-supporting extremists, and I think we can win it,” former Gov. Ted Strickland said in a recent Associated Press interview. “We can do it by getting out the Democratic vote, appealing to independents and hoping that a lot of the people in the suburbs are just sick and tired of the madness that’s coming out of the Republican Party.”

Ohio Republican Chairperson Bob Paduchik said Ryan supports “radical left-wing policies,” such as the Green New Deal, that do not represent the values of working Ohioans.

“For years, Tim Ryan has tried to pass himself off as a champion for the working class. Sadly, his support of job killing policies show he is just another fast-talking politician looking for a bigger job,” he said in a statement.

Ryan has nearly two decades of Washington experience. He has nuanced positions on abortion — he is pro-abortion rights and Irish Catholic — and guns — he has gone from an A to an F rating from the National Rifle Association. He also engages in the spiritual practice of mindfulness, about which he has written a book.

He joins the Senate race after some had strongly pushed for the party to put forth a woman or person of color for the job, arguing Democrats have taken the Black vote for granted and run white male candidates for top jobs before who lost.

Ryan has said he plans to run a statewide campaign, seeking votes in every region besides the Democrat-dominated large cities.
Strickland said Ryan has “raw political talent and the skill” necessary to mount a winning campaign.

“He can appeal to blue-collar workers, any part of Ohio and any constituent group,” the former governor said. “He’s eloquent and he has the ability to express the Democratic message in a compelling way.”

Ryan has weighed Senate or governor race bids before, but opted to stay put in his strongly Democratic congressional district. He dropped a short-lived campaign for president before the first 2020 primary.

Ryan ran for House speaker in 2016, responding to disenchantment inside the caucus with Speaker Nancy Pelosi. Sixty-three representatives supported Ryan’s candidacy, by far the largest defection Pelosi had suffered since she began leading House Democrats in 2002.