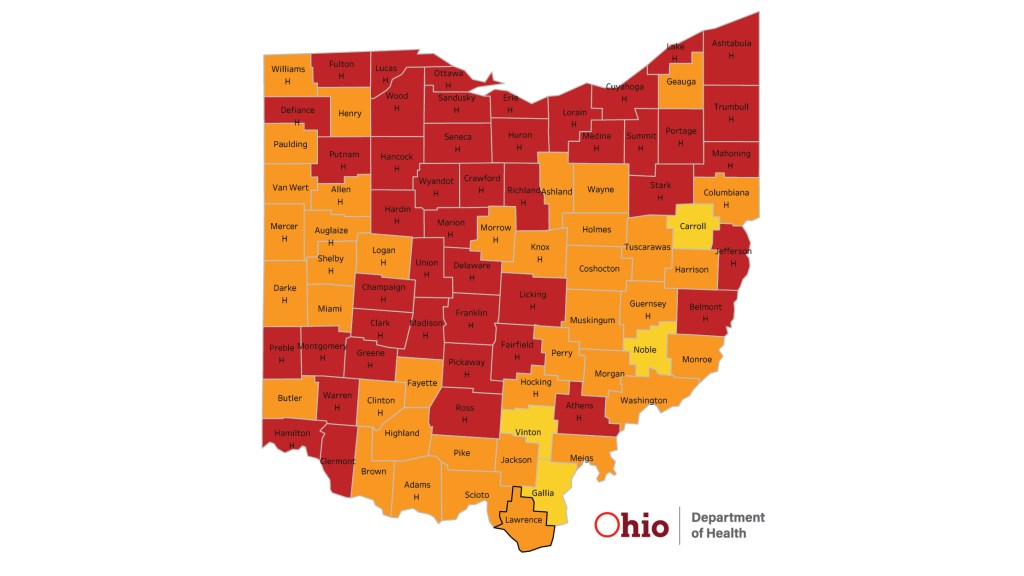 COLUMBUS — Ohio’s COVID-19 case average dropped for the past week.

This marks two weeks of decline, following an upward trend at the beginning of April.

Gov. Mike DeWine has said that health orders, such as mask mandates, would be lifted if cases drop to 50 per 100,000 people.

“We’ll have to see, but we seem to be moving in the right direction,” DeWine said of the new decline in cases, which he and Ohio Department of Health director Bruce Vanderhoff attributed to the distribution of vaccinations in the state.

While DeWine has said he has considered changing the 50 cases per 100,000 goal, he said he believes this can still be achieved.

More counties moved from Red Level Three to Orange Level Two in the latest update of the Ohio Department of Health’s COVID-19 alert map, while Franklin County, the one county that was listed at Purple Level Four, the most severe designation on the list, was downgraded to Red Level Three.

Locally, there was no change in the listings from last week, with Lawrence, Scioto and Jackson counties listed at Orange Level Two, while Gallia was at the lowest alert of Yellow Level One.