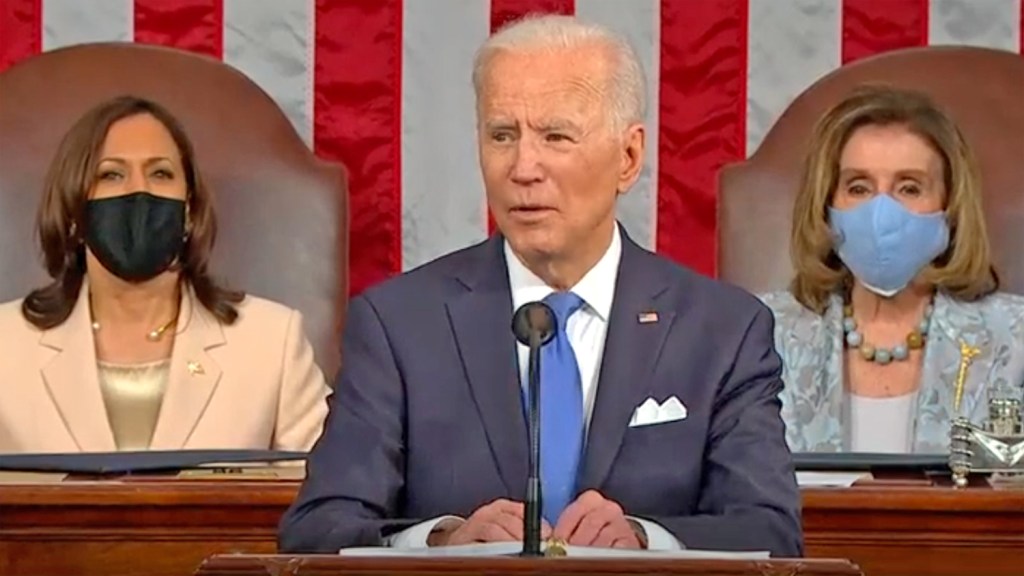 President Joe Biden gave an address to a joint session of Congress in January.

President Joe Biden gave an address to a joint session of Congress on Wednesday night, his first since taking office in January.
Here are reactions by officials from the region to the speech:
• • •
“Tonight we heard President Biden deliver a message of hope to the American people.
In the first 100 days of this new administration, we have taken bold action to help Ohioans recover from this pandemic: shots in arms, money in families’ pockets, children in schools, and workers in jobs.
Now, we work to build on that success, with historic investments in the people who make this country work, and in the towns and neighborhoods that have been overlooked by Washington and Wall Street for far too long.
— U.S. Sen. Sherrod Brown, D-Ohio
• • •
“No speechwriter can cover for the fact that while Joe Biden promised unity, the exact opposite has happened since he became president.
He is pushing a partisan, progressive agenda that killed off oil and gas jobs with the stroke of a pen, created a national security, health, and humanitarian crisis along our southern border, and is prioritizing the politics of “diversity and inclusion” over readiness and lethality within our military and Special Operations community.
It’s also clear this administration refuses to stand up and support law enforcement – and that endangers law-abiding citizens across the country. (…)
— U.S. Rep. Bill Johnson, R-Ohio
• • •
“In just 100 days, President Biden has already put Ohio back on the path to prosperity as we work to overcome the COVID-19 pandemic and build back better. (…)
And President Biden is just getting started, as Ohio gets set to benefit from the plans he outlined tonight to rebuild our state’s infrastructure and invest in Ohio families,” said Chair Walters.
— Liz Walters, Ohio Democratic Party chair