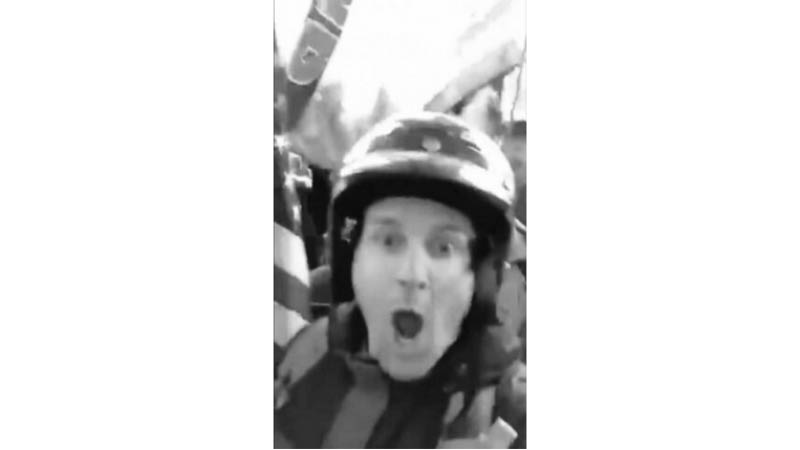 WASHINGTON, D.C. — A former West Virginia legislator who made videos of himself storming the U.S. Capitol on Jan. 6 is facing two more federal charges.

Derrick Evans, 35, of Wayne County, was arrested on Jan. 8 for two misdemeanor charges, entering a restricted area and disorderly conduct. He resigned from the West Virginia House on Jan. 10.

In a since-deleted video that was widely shared online, Evans is seen clamoring inside a jampacked Capitol building doorway, trying with others to push his way inside. He hollers along with other loyalists of President Donald Trump and fist-bumps a law enforcement officer who let them in.

After pushing into the building, video shows, Evans milled around the Capitol Rotunda, where historic paintings depict the republic’s founding, and implored others to not vandalize artwork and busts. Some of the pieces were later vandalized.

Evans joined and encouraged a crowd unlawfully entering the Capitol after days of telling his 30,000 Facebook followers to “Fight For Trump” in the nation’s capital on Wednesday, FBI agent David DiMarco wrote in a criminal complaint.

Before the rush to the Capitol, Evans posted a video in which he said, “They’re making an announcement right now: If Pence betrays us you better get your mind right because we’re storming that building,” the charging documents state. He then laughs and adds, “I’m just the messenger, so don’t be hating on me.”

Evans lost in the 2016 House of Delegates primary as a Democrat, finishing sixth among seven candidates in the district. He refiled as a Libertarian for the 2016 general election but finished last among five candidates. He switched to the Republican Party for the 2020 election, received 50 percent of the vote in the GOP primary for the 19th District in June and was the leading vote-getter for two seats in November with 37 percent of the vote.

Gov. Jim Justice filled Evans’ vacated seat with Joshua Booth, of Kenova. He is a vice president of Highway Safety Inc., a traffic safety control, signage, and striping construction firm in Huntington. He graduated from Ceredo-Kenova High School in 1998, serving as class president. He went on to graduate from Marshall University with a degree in business administration.

(The Associated Press contributed to this story.)