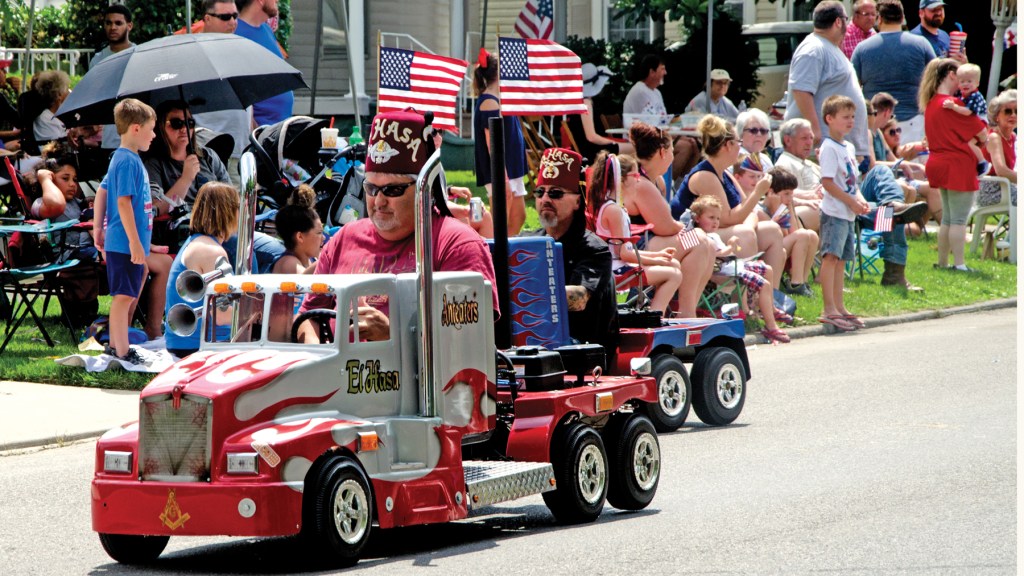 The El Hasa Shriners take part in the 151st Ironton-Lawrence County Memorial Day Parade in 2019. The Lawrence County Health Department approved plans by the parade committee for a full return of the event. (The Ironton Tribune | Heath Harrison)

The holiday is just over three weeks away and the Ironton-Lawrence County Memorial Day parade will make a return to its full size this year.

The 2020 parade, which took place just after nonessential businesses reopened from COVID-19 shutdowns, was held in a scaled-down form on a shortened route with no spectators. The event was live streamed to viewers.

Lou Pyles of the parade committee, who will serve a second time as grand marshal this year, said that was done to preserve the parade’s claim as the nation’s longest-running continuous Memorial Day event of its kind.

Pyles said she met with Debbie Fisher, public information officer for the Lawrence County Health Department, on Tuesday, and that the plans for the event, set for May 31, were approved.

“They said we could open up and do a full parade,” Pyles said.

She also said those attending are asked to stay with their own pod of people, in groups of 10 or less, and to avoid heavily mixing with the crowd.

She said she has received many entries for this year’s parade and social distancing will be in place for parade participants as well.

“A lot of the bands have been playing and have practice at that,” she said.

Also returning are the events surrounding the parade, including Navy Night, set for Thursday, 7 p.m. May 27 at the riverfront and the memorial service at Woodland cemetery, set for 2 p.m. on Sunday, May 30.

The Flags of Honor display will return to the courthouse on May 27, with a program set for 2 p.m. that day. The display will run through the holiday.

The past grand marshals dinner, which is an invitation only event, will also take place this year, Pyles said.

She also announced a new addition to events. Fireworks will take place at 9 p.m. on Saturday, May 29.

Pyles said the riverfront will be closed off for a company to set up and the fireworks should be able to be seen in downtown Ironton.

She said she was approached by an individual last year who made a donation to cover the cost of the show, and that it has been arranged by the parade committee.

Pyles said the parade, with a theme this year of “Service. Valor. Sacrifice,” will follow its regular 3.7-mile route for its 153rd year. The parade commander will be Lori Donohue, while Tim Carpenter will serve as honorary grand marshal. 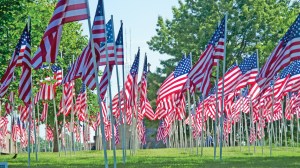 The Flags of Honor were on display at the Lawrence County Courthouse for Monday’s 152nd Ironton-Lawrence County Memorial Day Parade in 2020. The display will be returning this year on May 27 and will run through the holiday. (The Ironton Tribune | Heath Harrison)