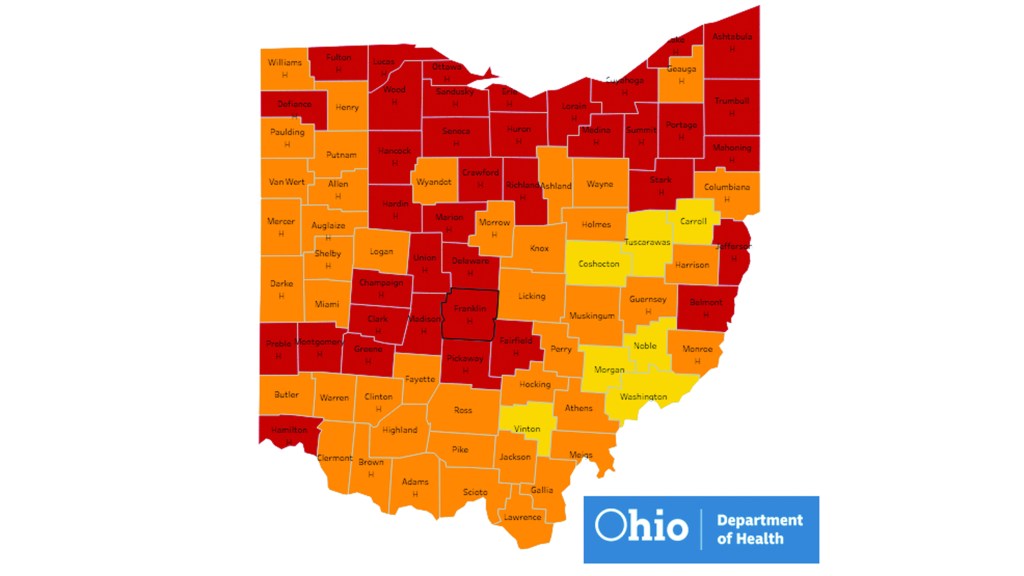 Less than half now at Red Level Three

COLUMBUS — Ohio’s average number of COVID-19 cases continued to fall for a third consecutive week, but is still short of the goal set by Gov. Mike DeWine to lift health orders.

Except for a rise in the first weeks of April, cases in the state have been on a decline since New Year’s Day, when they were reported at about 900 per 100,000 people,

DeWine has said health orders, such as mask mandates will be lifted when the case rate falls to 50 per 100,000 people.

The governor has said he is considering an alternative metric to lift orders.

Improvements could also be seen in the latest update of the state’s COVID-19 alert map, with more counties going from Red Level Three to Orange Level Two and none listed at the most severe designation, Purple Level Four.

The total of 38 counties at Red level Three is the lowest the state has seen in several months and a drop from 45 at the designation last week. Seven counties are now listed at Yellow Level One, the lowest alert designation. Last week, four counties were listed at that level, which, though least severe, is still considered a public emergency.

Locally, Lawrence and adjacent Scioto, Gallia and Jackson counties were listed at Orange Level Two, with none designated with an “H” for high incidence of the virus.