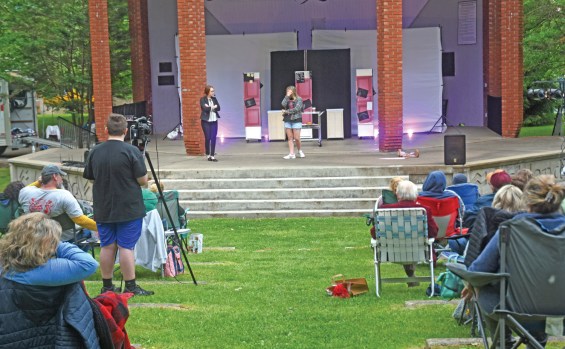 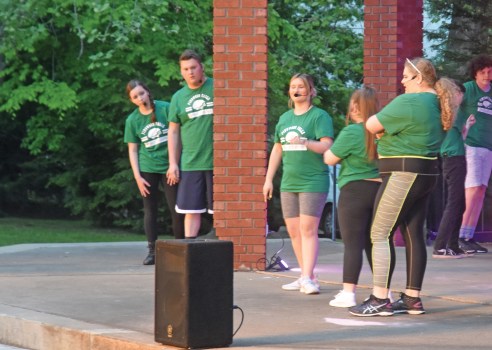 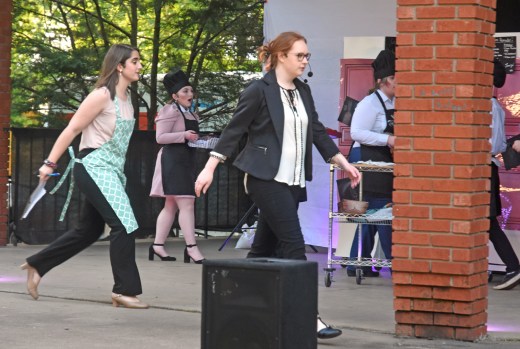 Bella Schrader and Allison Himes exit a scene during the Tri-State STEM+M Early College High School’s performance of the musical “Freaky Friday” on Saturday at the bandstand in Ashland’s Central Park. (The Ironton Tribune | Heath Harrison) 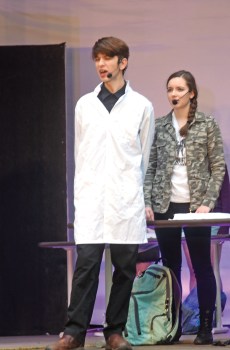 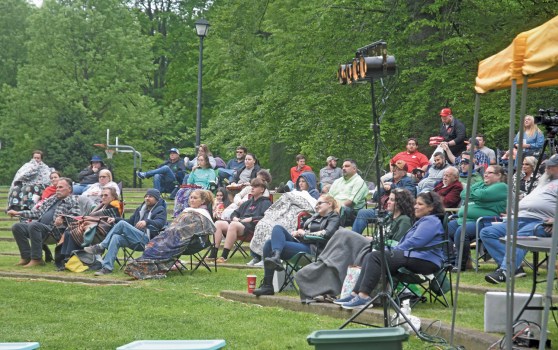 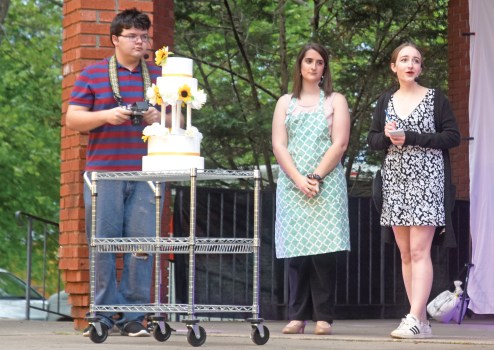 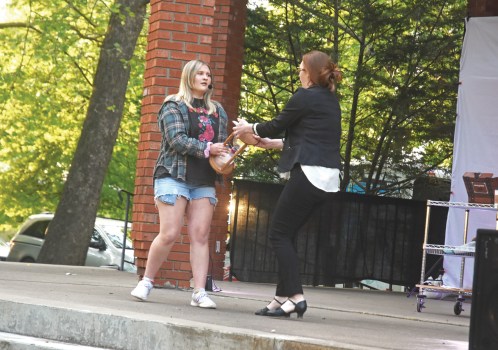 Mykayla Cassity, as Ellie Blake, and Allison Himes, as Katherine Blake, wrestle with the magic hourglass that switches their bodies, during the Tri-State STEM+M Early College High School’s performance of the musical “Freaky Friday” on Saturday at the bandstand in Ashland’s Central Park. (The Ironton Tribune | Heath Harrison) 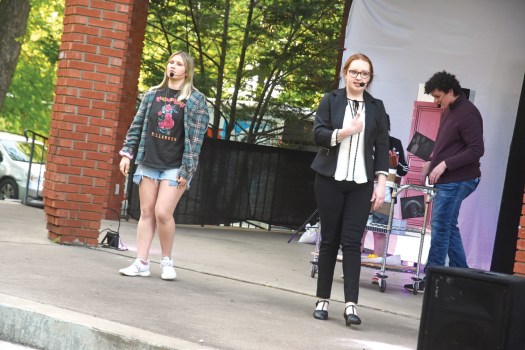 Performance came after a year of COVID-19 restrictions

ASHLAND, Ky. — The musical theater department of Tri-State STEM+M Early College High School took to the stage over the weekend for a show that was a year in the making.

Students staged two performances of “Freaky Friday” on Saturday and Sunday at the bandstand at Central Park in Ashland, offering a free show to parents, faculty and others who dropped by.

Music instructor Bethany Himes, who came to the school last year after working at Chesapeake High School, said students had started working on the production last year, just as the COVID-19 pandemic hit and crowd events were curtailed across the nation.

The show was a musical, based on the 1972 comedic children’s novel by Mary Rodgers about a mother and daughter who switch bodies for one day. It was adopted into a 1976 film, starring a young Jodie Foster, and again in 2003 for its most financially-successful adaptation, starring Jamie Lee Curtis and Lindsay Lohan.

“Everyone’s been excited,” Himes said. “We’ve been rehearsing inside in our garage at the school.”

The cast had more than 20 students and leading the show were Mykayla Cassity, who played the teenage Ellie Blake, and Allison Himes, who portrayed her mother, Katherine Blake.

Himes said the show was the third production since musical theater was launched at the school.

Students performed “A Pirate’s Life” in December 2019 at the Ashland Train Depot and followed that up with “Adventures of Superheroes.”

Shelby Davidson, assistant director of the school, which opened as a public school in Lawrence County in 2017, noted that the cast was comprised of seniors who started there when it launched.

“This is our first class,” she said.

Himes said they also had two graduates of the school performing, who were in the show when it was canceled last year.

“We offered them all their parts back,” she said. “And two of the seniors were able to return.”

She said they were all thrilled to be taking the stage Friday.

“Now we get to be outside with an audience, be safe and people are vaccinated,” she said.