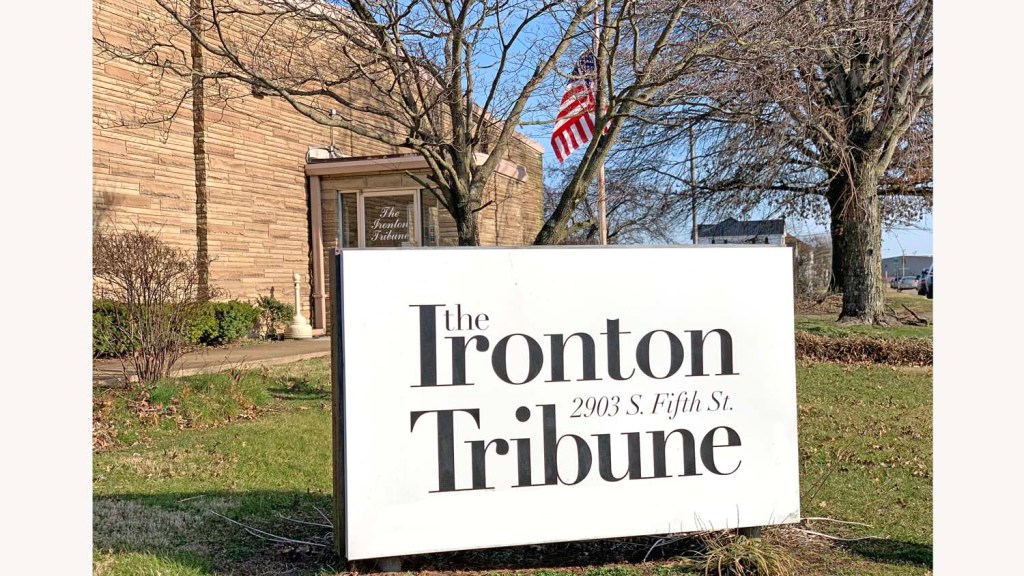 The Ironton Tribune was the winner of 15 APME awards for 2020, including first place in General Excellence.

With 14 awards in individual categories, The Ironton Tribune was named the first-place winner in its division for General Excellence in the Ohio Associated Press Media Editors Awards on Tuesday.

1,418 entries from 52 newspapers in the state were submitted for the contest in January, comprising work from 2020.

“Jim Walker does a superb job of telling stories that are full of history, rich detail and other times, are just plain fun to read,” the judges said in their comments on his feature writing win. “The opening several paragraphs of his story on Norm ‘The Storm’ Persin are nothing short of delightful, filled with plenty of weather comparisons that don’t feel forced or corny. His story on the Roach and Payne 3-point duo is an entertaining look at two talented teammates and his two other stories in this category are full of history that make for great reads. All around, a great batch of stories that are both fun and informative.”

“Kandi Thompson produces a near-perfect layout,” the judges wrote of her page design submission, a “2020: The Year in Review” feature. “The photos are large, clear, and expressive. The use of stacked words in the banner headline allows much to be said while keeping an eye-catching font size. The page as a whole is uncluttered and eye-grabbing.”

The judges also wrote of her skill at designing graphics.

“A complex, numbers-heavy story broken down cleanly and informatively for readers in this stellar graphic,” they said of her illustration of where PPP loans were spent in the region, while they also praised her timeline of the COVID-19 pandemic.

“A long season of near-constant breaking news told simply but informatively in this fantastic visual timeline,” they said.

Winning first place for Best Editorial Writer was community editor Heath Harrison, whose submissions included two on the pandemic, as well as a piece criticizing local radio station WVHU and peddling of conspiracy theories and misinformation about the pandemic by its host, Tom Roten, as well as a call for Marshall University to consider civil rights activist and professor Phillip Carter when they rename the former Jenkins Hall.

Tribune reporter Mark Shaffer won first place for Best News Photo with “Standing in the Remains,” a photograph of a firefighter emerging from a house fire in Coal Grove.

“The emotion is really clear in this and the image is really good,” the judges said.

Austin Johnson, a Marshall University student who interned for The Tribune last year, earned an impressive award early in his career, winning first place for Best Enterprise Reporting. Johnson’s story, “More Than Statistics,” examined the human effects of the pandemic, and consisted of several interviews of family members of those who have died from COVID-19.

Tribune marketing specialist Jeremy Holtzapfel earned two awards for his photography work, winning second place for Best Feature photo for “A Community Vigil,” capturing an event for Treven Frazier, an Ironton man whose body was found in Ceredo, and Third place for Best Photographer for a package of submissions.

“Jeremy’s use of bright color throughout his photos made them stand out,” the judges said. “His photos have a fun energy to them, made possible by his eye for a catchable moment. “

Tribune general manager Sarah Simmons reflected on the wins by the team at the paper.

“Especially in a year of such uncertainty and struggle, I’m proud of the Tribune team for rising to the challenge,” she said. “We’ve worked hard to serve our community by providing them with the news that affects them and that they care about, and I’m glad those efforts were honored at the state level. Without a team of folks who take this responsibility to heart, this designation wouldn’t have been achievable. The Tribune plans to continue serving Lawrence County to the best of our abilities for generations to come.”