It’s going to get loud 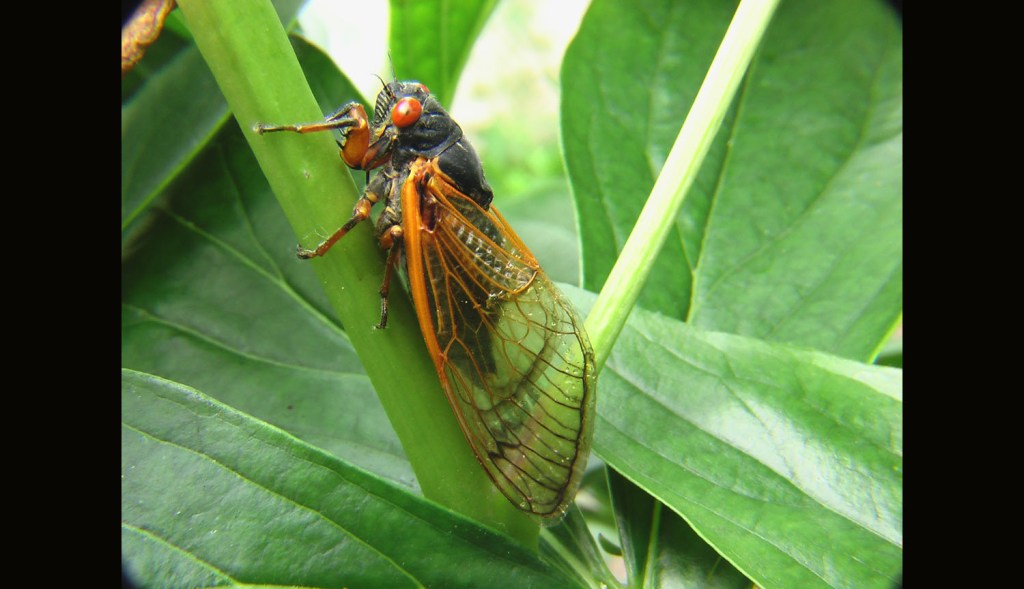 Cicadas are noticeable for two things, that they only emerge every 13 or 17 years and that the males emit an extremely loud sound for a very specific reason. 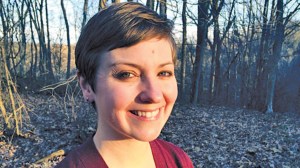 Bekka Brodie is an entomologist at Ohio University. (Submitted photo)

This spring will see the return of cicadas after 17 years

Sometime soon, cicadas, one of the loudest species in the world, is set to make its return.

This particular bunch of cicadas has the ominous sounding name of brood X, but not because they are particularly vicious. It’s just that this brood is from region ten, which is this region of the U.S.

Bekka Brodie, an entomologist at Ohio University, which means she studies insects, says it isn’t just a career for her. It’s a lifestyle.

Brodie, who is an assistant lecturer in the Department of Biological Sciences and in the Honors Program, is excited for the return of the cicadas which appeared last in 2004.

The cicadas are noticeable for two things, that they only emerge every 13 or 17 years and that the males emit an extremely loud sound for a very specific reason.

“They make all this noise, what I would call ‘cat calls,’” Brodie said. 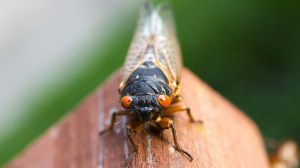 The noise the male cicadas make isn’t made by rubbing their wings together, rather it is a specialized hollow organ called a timbal, which Brodie says works like a violin or guitar to make the high-pitched screech for a very specific reason, to attract a mate.

The male cicadas’ mating call can hit 100 decibels, which is darned loud, and is the equivalent of a jackhammer in operation or a typical concert by the metal band Motorhead. Noises above 85 decibels can cause hearing loss.

And why are the male cicadas so loud? To drown out the competition for mates and to scare off predators.

“They want to drown out their buddy over there because they want the most mates,” Brodie said. “Plus, they don’t want to get eaten. So the louder they are, the better it is for them. There’s a lot going on with them.”

As for people in the U.S., cicadas don’t do much for them in the ecosystem except being really noisy for four-six weeks of their mating season. Some cultures fry up cicadas and Brodie said she has been told by a student that they “are nice and crunchy on the outside with a sweet, salty middle. I haven’t had an opportunity to eat a cicada yet.”

But for some animals, the cicadas are a feast.

“They are an important food source,” Brodie said, adding that more food means animals are more likely to have babies. “So, all your bird populations like turkeys, foxes, possums, raccoons – they are all going to be out eating these cicadas as they emerge.”

And because the cicadas only come out every 13 or 17 years, “That makes it so the animals can’t become dependent on cicadas as a food supply,” Brodie said.

As for when the cicadas will emerge from the ground to start their cacophony, that depends on when the weather gets warmer.

“Once we started getting some warm weather days, once the soil reaches 64 degrees and we get at least two nice, warm rains, they will start to emerge,” Brodie said. “And they don’t all emerge at once although it may feel like that. Most will start to emerge, but there will be some stragglers. That’s just how biology is.”

After the cicadas mate, the females lay their eggs in trees and then the larva fall from the trees, burrow into the ground and begin their lives as underground creatures, eating the roots of trees.

“The larva are crazy. They spend 16 years underground, eating and developing,” Brodie said. “The crazy part is the will all be in various stages of development, but around year 16, they all develop into the same exact stage and get ready to emerge at year 17. And nobody knows why!”

Brodie estimates the adult cicadas will begin to die off in mid-July.

Entomologists aren’t the only ones intrigued by cicadas. Mathematicians are too, because the cicadas only come out every 13 or 17 years and both of those are prime numbers, a number that are only divisible by 1 and itself.

“Mathematicians have run models on why it is 17 years. What if it wasn’t a prime number? What if it was 15 years instead of 17?” Brodie explained, “But the models don’t come out as well if it isn’t a prime number. I’m not a quantitative biologist or mathematician by any stretch of the imagination, but I think it is really cool that the models they run say that the animals that eat them can’t evolve to depend on them on a regular basis. It is so crazy.”

Note: On Dec. 2, 1984, Motorhead played so loud at a concert at the Variety theater in Cleveland that was so loud that plaster was falling from the ceiling of the venue. Promoters cut the power so the band would stop playing. The volume level was allegedly 130 decibels.