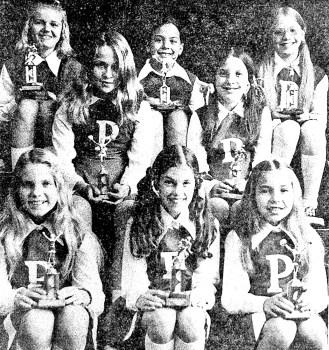 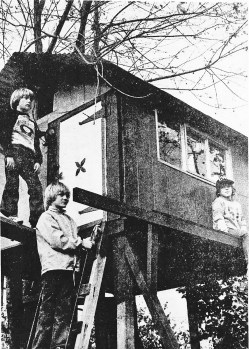 In 1975, a boy and his grandfather joined in a construction project this fall at South Point which resulted in this treehouse. At left are Richie and Rusty, son of Mr. and Mrs. Russell Allen, and at right is Brent, son of Mr. and Mrs. Donald Leibee. (Ironton Tribune | File Photo | Melissa Ferguson) 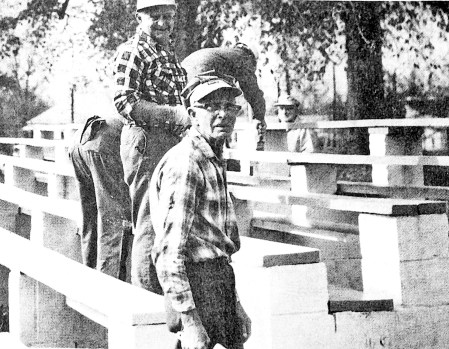 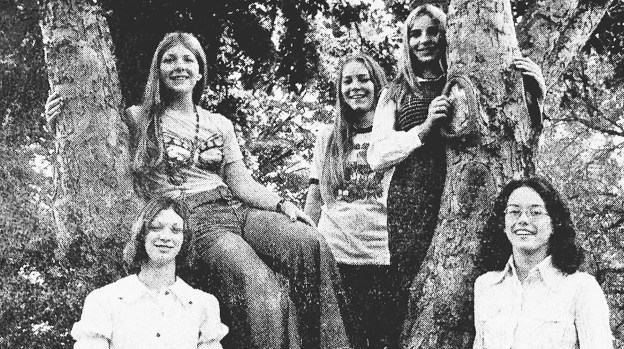 Enjoying 1975 homecoming week at Fairland High are these beauties who are “up a tree” in fun. They are, from left, Queen Brenda Nance, attendants Sibyl Johnston, Vivian Bowman, Tammy Ellis and Fire Queen Pam Sykes (Ironton Tribune | File Photo) 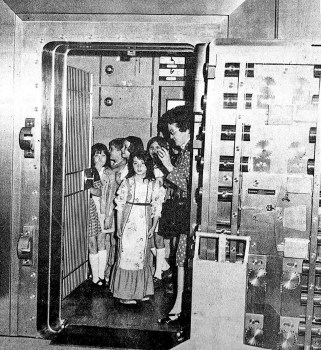 Ironton School No. 1’s first, third and fourth grades took a series of tours in May 1977 as part of their studies of economics. Three different economic units are being studied with Sharilyn Phillips teaching “How Suburbs Grow,” Audrey Malone guides third graders through the door of a vault at Citizens National Bank during one phase of the tour. The group also toured Krogers and drove through a housing development to see the different styles and structures of houses. (Ironton Tribune | File Photo) 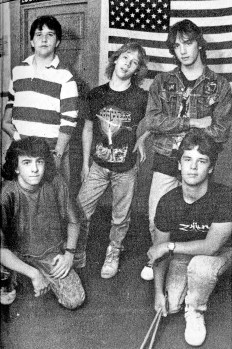 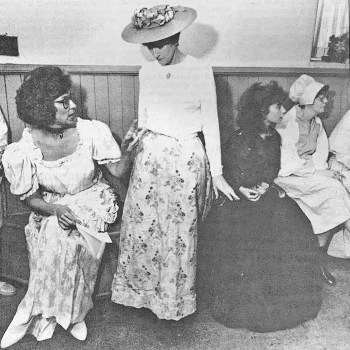 Linda Lane (left) and Gerry Walsh go over their plans, as they and other models prepare to present a view of Lawrence County history through a fashion show held at the First Presbyterian Church in May 1988. The show was sponsored by the Lawrence County Historical Society. (Ironton Tribune | File Photo) 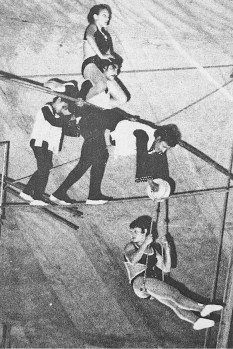 In May 1977, high wire act at Hoxie Brothers Circus was one of the big attractions for young and old. The circus event was sponsored by the Ironton Jaycees. (Ironton Tribune | File Photo) 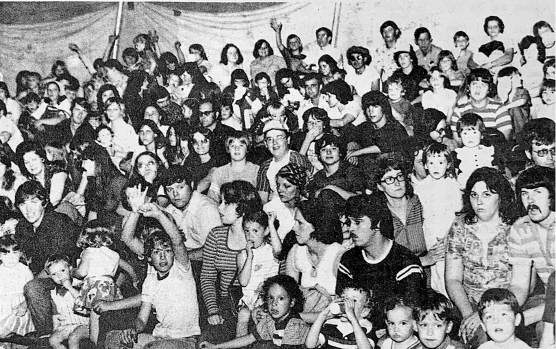 This photo shows only a small portion of the thousands of people who attended both Hoxie Brothers Circus performances in May 1977 on the Corns Lot on S. Third Street. The event, sponsored by the Ironton Jaycees, was an apparent success with adults and children enjoying the evening entertainment. Included in the acts were elephants; tigers, high wire performers, clowns, magic show, and sideshow with a menagerie of animals. (Ironton Tribune | File Photo) 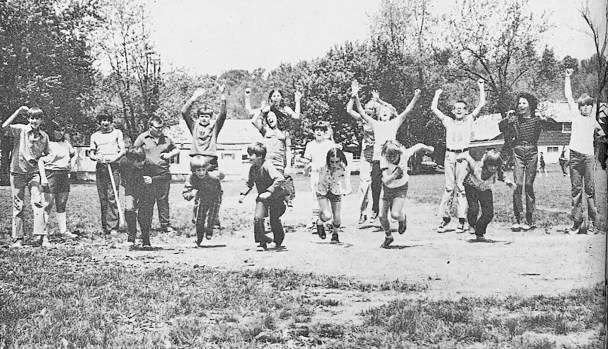 Training for the Special Olympics, such as shown in this May 1977 photo, has been going on for the past few weeks, as youngsters involved in the program prepared for today’s Olympics, which were held at Fairland High School. Approximately 350 participants from all county schools competed. Results from the Special Olympics will be published in the Tribune early next week. From left, are Emery Cron, Kenny Sherman, Earl Cron, Nancy Harrison, Larry White, and John Sherman. (Ironton Tribune | File Photo) 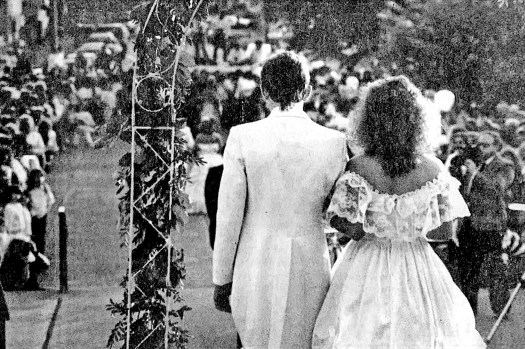 A giant crowd of parents and friends lined the sidewalks of Ironton High School for the annual Grand March which kicks off a night to remember for high school juniors and seniors attending the prom in May 1988. (Ironton Tribune | File Photo)