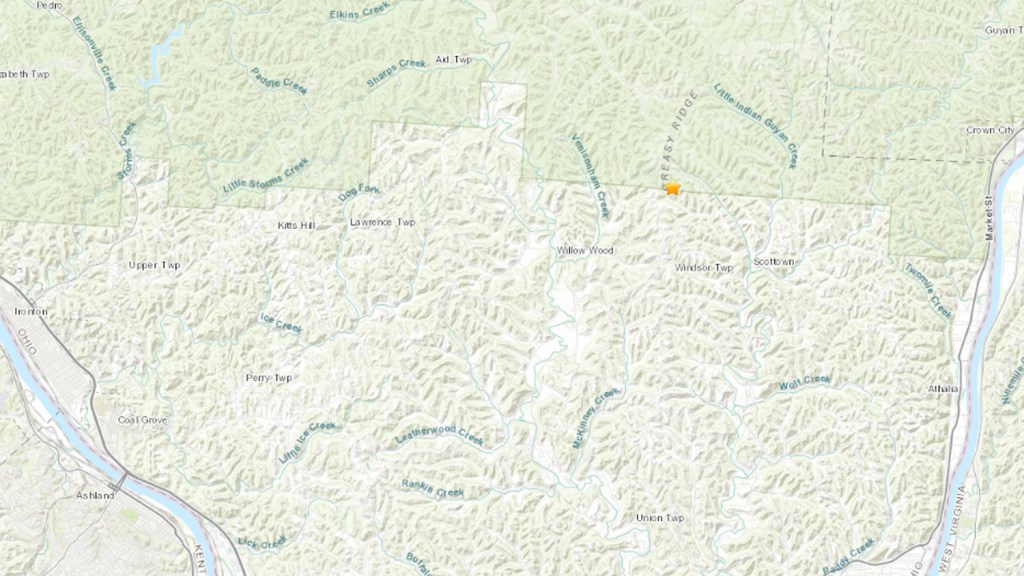 SCOTTOWN — Those who were up early Friday morning may have feel the earth move under their feet in northern Lawrence County, but only slightly.

The U.S. Geological Survey reported a minor earthquake in the area at about 12:53 a.m., centered about 18 miles north of Huntington, just on the edge of the Wayne National Forest, near Scottown and Township Road 212.

The quake was reported as 2.5 on the Richter scale, on the lower end of the seismic measuring system, on which the highest ever recorded registered a 9.5.

While the quake was slightly larger than a micro quake, which is that of 2.0 or less, it was strong enough to cause suspended objects to swing.

Quakes at a 2.0 scale occur hundreds of times a day worldwide and are a common occurrence in places such as California.

Seismic activity is rare in the Ohio Valley, due to the lack of any major fault lines. About 200 earthquakes above 2.0 have been recorded in Ohio since 1776.

The largest recorded in the state was a 5.4 on the Richter scale in 1937, in Shelby and Auglaize counties.

More information can be found on the U.S. Geological Survey website at https://earthquake.usgs.gov/earthquakes/eventpage/se60128123/executive.

How Ohio’s Vax-a-Million lottery will work