Located in the Columbus neighborhood of Bexley, Capital University is a private, four-year undergraduate institution and graduate school.

In her study, Stevens evaluated the effects of exposure duration and temperature on the toxicity of two salts, (NaCl and KCl), to the aquatic macroinvertebrate Hyalella azteca.

The prize is named for the late Ronald O. Kapp, who was an Alma College biology professor for 32 years and vice president of academic affairs for 20 years.

A panel of judges from each division selected the prize-winners after assessing the presentations for quality of scholarship as well as how well the materials were presented. The prize is open to all students and groups.

Fuller, Fields graduate from University of the Cumberlands
University of the Cumberlands held commencement ceremonies this spring to celebrate its newest graduates including Chelsie Fuller, of Proctorville, who completed their Master of Arts in Teaching, and Ellen Fields, of Coal Grove, who completed their Master of Arts Education in School Counseling.

Students in the Class of 2021 hailed from 40 states and territories as well as multiple countries, including Canada, Gambia, India, Jamaica, Madagascar, Serbia, Spain, Taiwan and Ukraine, among others. Graduates from the Class of 2020 were also able to participate in this year’s ceremonies.

Founded in 1897, Piedmont is a comprehensive liberal arts institution offering a variety of career-oriented majors. Its four colleges-Arts & Sciences, Business, Education, and Nursing & Health Sciences-develop tomorrow’s leaders by engaging students in the classroom, in their community, and around the world.

Stevens and other RCBI welding and machinist graduates earned more than 100 degrees, certificates and national certifications.
RCBI delivers expertise and innovative solutions with leading-edge technology to advance manufacturing and entrepreneurship.

Morrison, Music named to SNHU President’s List
Andrew Morrison, of South Point, and Christopher Music, of Proctorville, have been named to Southern New Hampshire University’s Winter 2021 President’s List. The winter term runs from January to May.

SNHU is a private, nonprofit institution with an 88-year history of educating traditional-aged students and working adults.

Foster gets Bachelor of Science Degree
Grant Foster, of Kitts Hill, graduated from the University of Findlay. He received a Bachelor of Science degree in Environmental, Health, Safety, and Sustainability at the university’s commencement ceremonies on Saturday, May 8.

The University of Findlay was established in 1882.
through a joint partnership between the Churches of God, General Counsel and the City of Findlay. 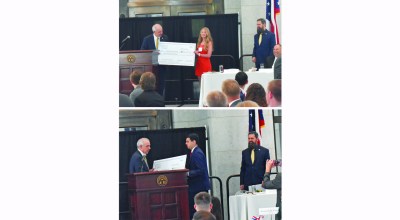 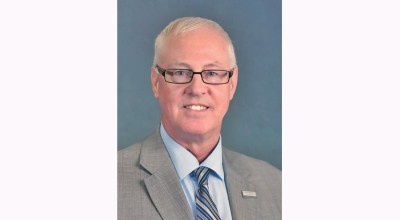