Lt. Commander Morris to speak at Navy Night on Thursday 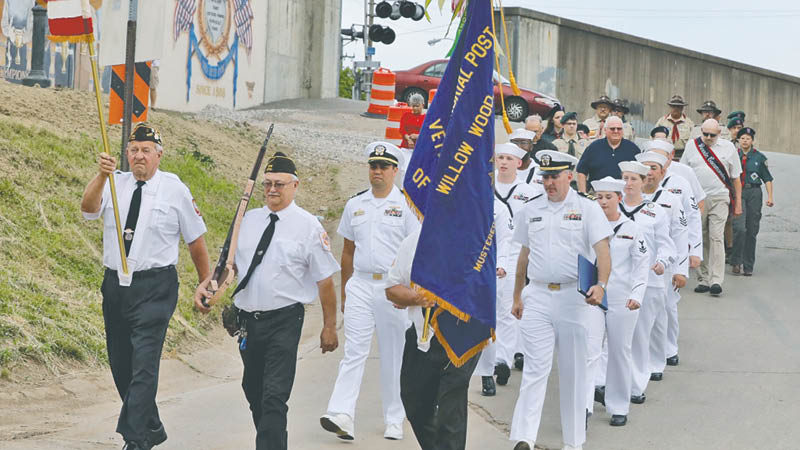 The goal of the Ironton-Lawrence County Memorial Day Parade has always been to honor those who served and the annual Navy Night event is no exception.
The event to honor those who served at sea is set for 7 p.m. on May 27 on the bank of the Ohio River at the Third Street Landing in Ironton.
It will begin with a processional of Boy Scouts carrying wreath to honor lost sailors and an American flag carried by members of the Ironton Boy Scout Troop 106.
This year, the Navy Night speaker is U.S. Navy Lt. Commander Kirk N. Morris.
He graduated from the University of Colorado and in 2004, he joined the Navy through the ROTC program. He was first assigned to the USS Paul Hamilton as an electrical officer. In 2006, he became part an operations officer in the Mobile Security Detachment 33. In 2008, he became the officer in charge of Mobile Security Detachment 531. He served in the Navy Region Europe Africa Southwest Asia as an anti-terrorism officer and CTF-Shore Battle Space Watch officer. In 2010, he was promoted to the N7 Region Training director position where he oversaw two regional exercises.
In late 2010, Morris transitioned to the U.S. Navy Reserve. In 2014, he became the executive officer of Navy Reserve Navy Region Hawaii Operations Detachment.
He is currently the Navy Operations Support Center Baltimore’s commanding officer.
He has been awarded three Navy and Marine Corps Commendation medals, two Navy and Marine Corps Achievement medals and the Meritorious Civilian Service award.
The event ends with a procession down the boat dock to a Lawrence County Sheriff’s boat to hand off the wreath to waiting officers. The wreath will be taken into the middle of the Ohio River and placed in the water to honor all those lost at sea.
There will be a 21-gun salute and the playing of Taps.

Mark McCown: “Beyond a reasonable doubt” is sometimes about…