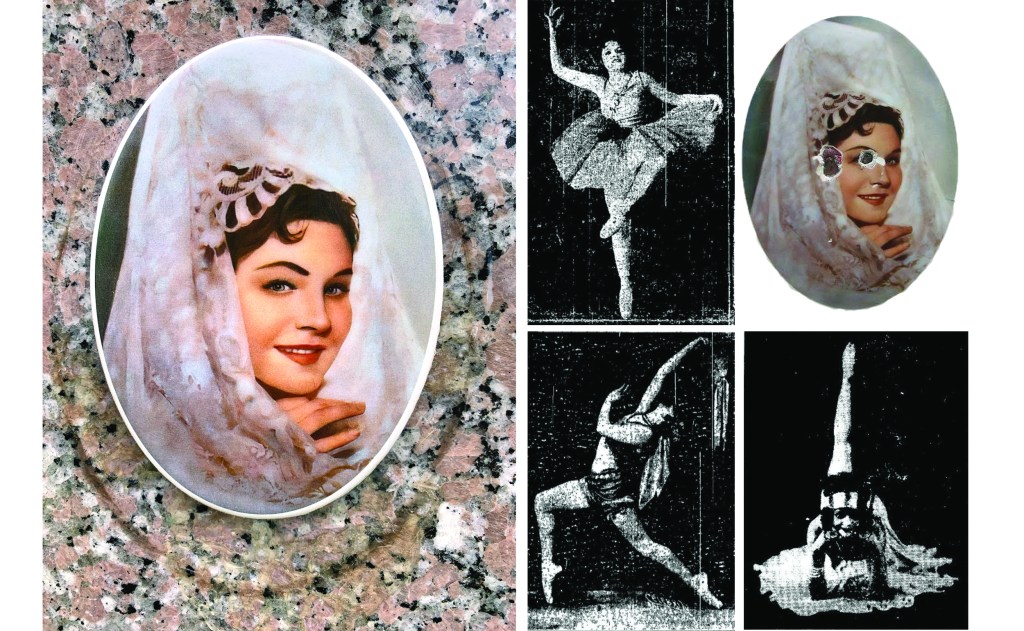 Original had been removed after damage by vandals

One of the more visited graves at Woodland Cemetery has been restored in the past month.

Antoinette Sherpetoska Peters was a dancer with the Imperial Russian Ballet before moving to the United States as a teenager.

Born in Lithuania in 1894, which was then part of the Russian empire, she performed for Nicholas II, the last tsar of Russia, who was murdered by communists in 1918.

While living in Chicago, she married James F. Peters, a native of the Ironton area and a prominent figure in the iron industry.
Following his retirement, the couple resided in Chicago and Florida when Mrs. Peters was killed in a head-on automobile accident at the age of 67.

Mr. Peters had his wife interred in a mausoleum at Woodland Cemetery, in his hometown of Ironton. He died 12 years later at age 84.

Over the years, the mausoleum featuring two porcelain portraits of Mrs. Peters, a head shot and a full body photo, on its outside became well-known to locals.

However, it fell victim to vandals. According to the Lawrence County Museum, it was broken into and jewelry was stolen from Mrs. Peters’ casket.

Of the two portraits, one disappeared over time, while the headshot was damaged by vandals, likely shot with a BB gun. Eventually, it too was removed in recent years.

Those walking in the cemetery will notice that Mrs. Peters’ face once again graces the outside of her mausoleum.

The Ironton Tribune received two calls last week from people who were surprised to see the long-missing headshot portrait was again on the mausoleum.

The portrait, slightly smaller than the outline of the original (still visible on the mausoleum), appeared to be a new ceramic copy, rather a repair of the damaged original.

The portrait was installed sometime since the grave was photographed on April 20 of this year. Mrs. Peters’ birth date was on May 6. A large wreath of flowers was also on the mausoleum’s door.

They speculated that it may have been done by family members. While Ancestry.com records show the couple with no children or descendants, there are many with the Peters surname still living in Lawrence County.

Yvonne Sinnott, owner of the Yvonne DeKay School of Dance, portrays Peters each year in the Lawrence County Museum’s historic cemetery walk at Woodland, which draws hundreds to the cemetery.

Surrounded by a group of her student dancers, she tells the story of the ballerina’s life.

“That’s wonderful to hear,” Sinnott when told the portrait had been replaced, but said she also had no information on who had done so.

Kay Rader, a trustee with the Lawrence County Museum, said she was also unaware of its installation and was eager to go by the cemetery and see it. She said she did not know who had the new portrait installed, whether a relative or a local history buff.

“Maybe it was the spirit of Woodland Cemetery,” Rader said.

Parade lead-up events are under way