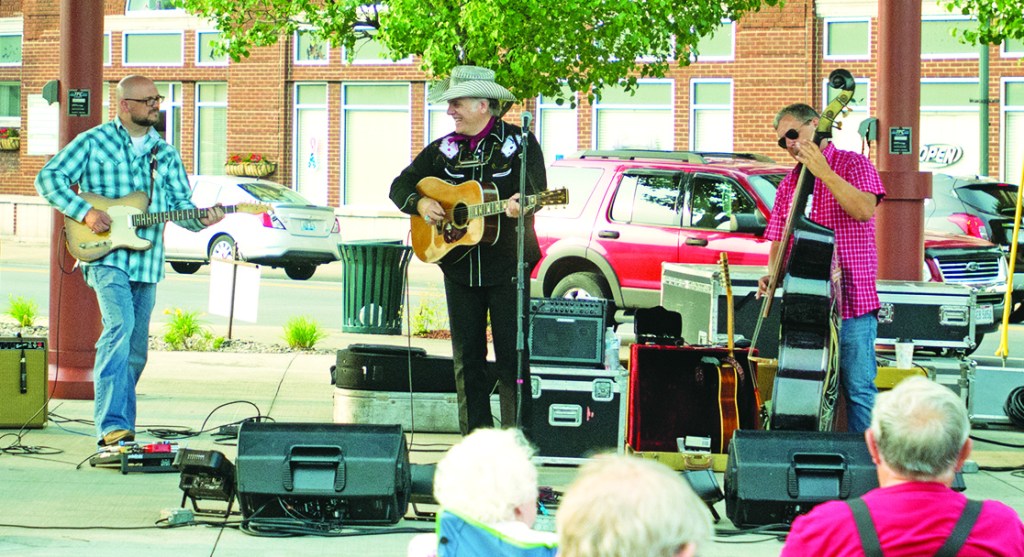 The Ironton Tuesday Summer Concert Series is all set to resume a full season of shows starting on June 1.

Held at the Farmers Market Square on Second Street in downtown Ironton and put on by Ironton aLive and Studimo Productions, the first show will be by local favorites, City Heat.

“They are a great band, it’s a large group and they have an extremely good vocalist, she can belt it out,” said Ironton aLive executive director Sam Heighton. “They are extremely popular and will probably draw one of our biggest crowds.”

On June 8 will be the return of the Beatnik Cowboy himself, Rob McNurlin, an Americana artist who described his music as “just a big mess of everything that we like, country, blues, gospel, a little bit of everything.”

McNurlin is originally from Westwood, Kentucky, just outside of Ashland, but currently resides in Nashville, Tennessee.

Last year, the concert series was delayed until September because of COVID-19 restrictions.

Heighton said he was excited to have a full slate of concerts that will run until the end of August.

“With the opening of the farmers market, it shows that people are anxious to get out and come downtown,” he said. “We have a good line up and I think everyone will be glad to get out and hear some good music again.”

Other shows by popular local artists scheduled for the next month are:
• June 15, Billy Cantrell
• June 22, Rodney Crisp and Traditional Country Band
• June 29, Down to the River.

The schedule for July and August will be announced soon.

The free two-hour outdoor concerts start at 6:30 p.m. Music fans are asked to bring a chair and the kids, since it’s a family event.

County fairs to get state funding