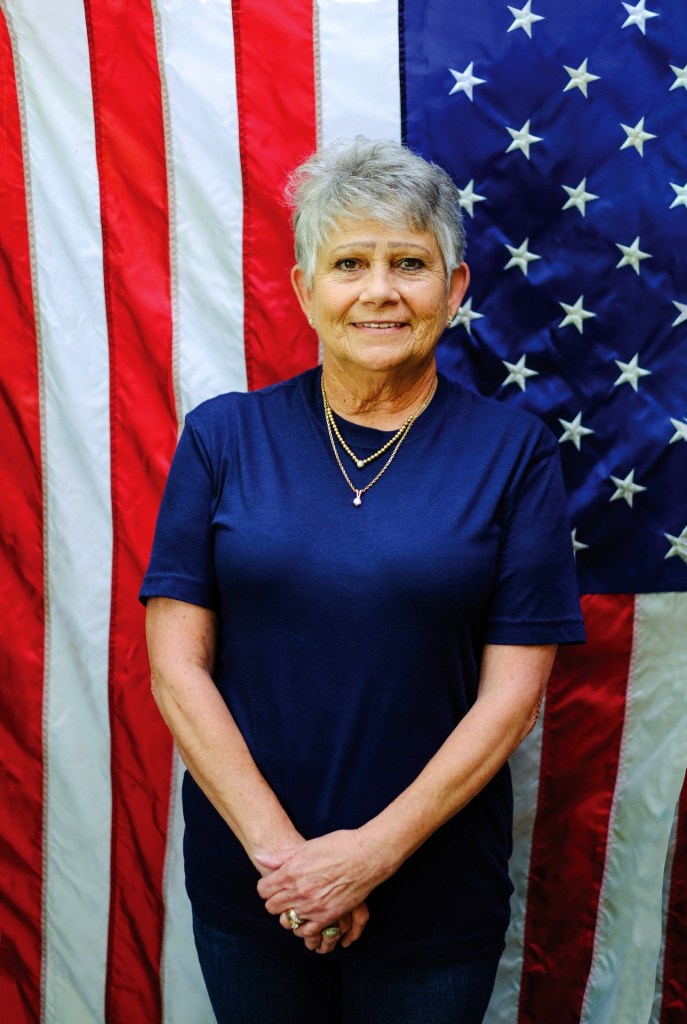 With 34 years of involvement in the event, Lou Pyles, of Ironton, is a fitting choice for grand marshal for this year’s Ironton-Lawrence County Memorial Day Parade.

It is her second time leading the event, having served once before as grand marshal in 2006.

She was parade commander last year, which was one for the history books, due to the COVID-19 pandemic.

With the state only beginning to reopen from shutdown and limits on mass gatherings still in place, organizers had to make the decision whether to hold the event.

Pyles, who handles entries and serves on the parade committee, said the parade’s tradition as the longest-running event Memorial Day parade in the nation was too important to give up in its 152nd year.

She called those who had planned to take part in the event and informed them that the event was being scaled down severely, and spectators asked to watch on a livestream rather than in person.

Working with Ironton’s mayor and the county health department, this move kept the event safe and in compliance with health guidelines and kept in place the century and a half honoring of those who paid the ultimate price in their service to the country.

Pyles, who also helps organize the Navy Night ceremony that honors those lost at sea, as well the Woodland Cemetery ceremony, said the importance of the event dates back to her youth and the service of her father, Walter Cogan, a World War II veteran who was awarded a Purple Heart.

“As a child, we went to the parade all the time,” Pyles said. “Dad had a lifelong love of the parade.”

She said he taught her that it was “an honor and privilege” to pay respect to those who fought for the freedom the country has.

“He loved the flag and country his whole life,” she said of her father, whose U.S. Army service in World War II involved serving in the Battle of the Bulge, as well as the liberation of a concentration camp run by the Nazi regime.

She and her husband of 43 years, Brent, who has also served twice as grand marshal, have a long history with the parade.

She said she began coming to meetings of the parade committee in the early 1990s, when asked to by the late Lawrence County Common Pleas Judge Frank McCown.

Pyles said she started at the same time as local businessman Rich Donohue, who has served twice as grand marshal and whose wife, Lori, is this year’s parade commander.

She said over the years, as many of the members who were running the event at that time passed on, the committee has had a complete changeover and the tradition has continued with a new generation.

Pyles said that the parade committee has about 40 members and that those who are involved in the planning divide up and form different subcommittees to handle not just the parade, but the events surrounding it in its lead up.

Besides her work on the parade committee, Pyles is active with two other service-related organizations. She serves on the Lawrence County Veteran of the Year committee and the board for the William Lambert Museum, which honors the Ironton flying ace of World War I.

Pyles also belongs to a number of civic groups in the community, including the Ironton Lions Club, Ironton Co-Op Club, the Lawrence County DD Board and Lawrence County Humane Society.

She said she is glad to see the event return in full this year and that those who serve will be honored.

“It’s a historic part of our community, county and city,” she said. “It’s something that needs to continue on and that everyone can be proud of. It’s an honor and a privilege to be on the committee. I feel that we are the stewards of this and work to have a good parade for everyone.”

Pyles said the focus of the event is always about those who served and those who died for their country.

“Without them, we wouldn’t have our freedoms and we wouldn’t be having things like parades,” she said.