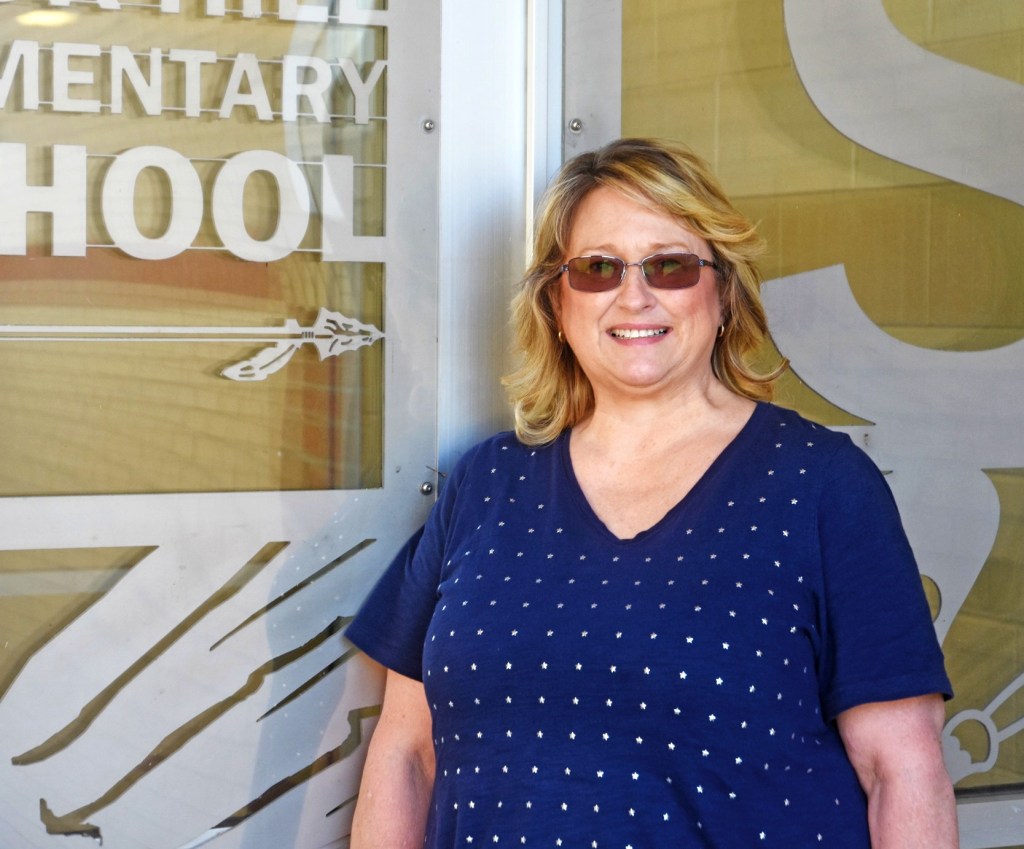 A resident of Ashland at the time, she went to the parade with his family, who lived in Ironton.

She said, in the years since, they have taken the same spot on the route, year after year.

“And we’ve recruited people to come over and watch with their families,” she said. “And we’ve seen their kids grow up over the years.”

Donohue, who will serve as parade commander this year, said she became more active as a member of the of the parade committee about eight years ago, once her children were grown.

Her husband has served twice as grand marshal and twice as parade commander of the event, and Lori, a music teacher at Rock Hill Elementary School, said she had helped behind the scenes on things, such as music for the Navy Night event and the Woodland Cemetery memorial service.

She said her duties as parade commander will be coordinating the event’s 11 divisions.

“To make sure things go smoothly,” she said.

She said it “an honor” to serve in the position.

“While I don’t have immediate family who served, I had uncles who were in World War II and a brother-in-law and uncle in Vietnam,” she said. “It’s an honor to pay respect to them and those who served.”

She said this year’s event will have special meaning for her in that regard.

Her uncle, Edward Griffith, who was 20, was serving on the USS Oklahoma when it was attacked during the Japanese attack on Pearl Harbor on Dec. 7, 1941, which led to the United States’ entry into World War II.

Griffith, along with 429 other crewmen, were killed that day.

Following the attack, Griffith’s unidentified remains, along with others, were buried in the National Memorial Cemetery of the Pacific.

However, in 2015, the Defense POW/MIA Accounting Agency exhumed those remains for analysis and, in January of this year, Griffith was accounted for.

Donohue said the next of kin were contacted and given the option for a burial at Arlington National Cemetery, which was set to take place on May 22, just after Donohue was interviewed for this piece.

Donohue spoke of her role in this year’s parade.