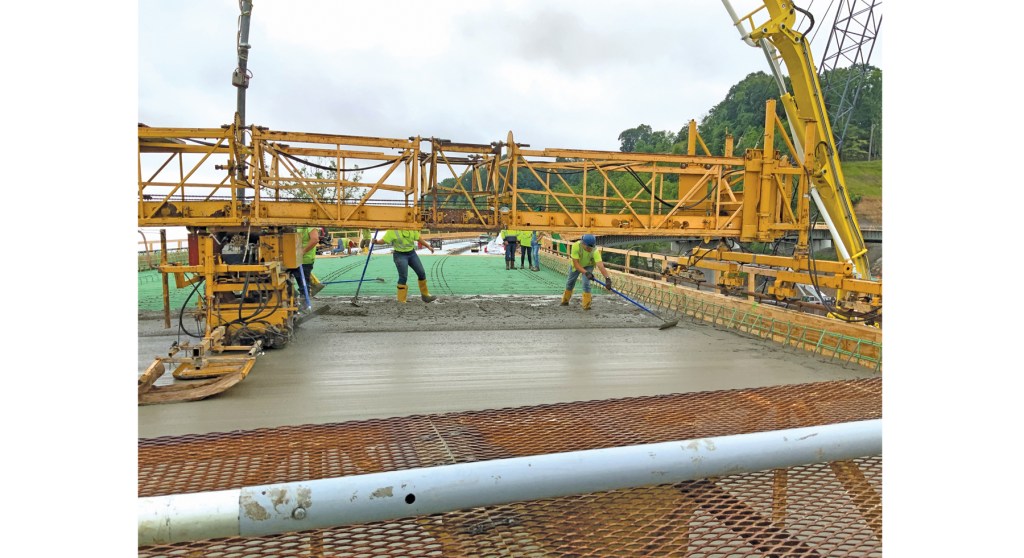 Crews began the first pours of concrete on the Russell viaduct on Friday. The project is now in its final stages and is expected to open to traffic this summer. (Submitted photo – Kentucky Transportation Cabinet District 9) 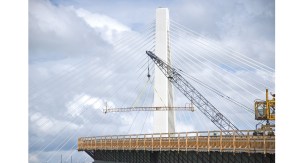 New bridge should be open to traffic by end of summer

RUSSELL, Ky. — In the past week, drivers crossing the Oakley C. Collins Memorial Bridge from Ironton to Russell have been able to see further progress to the adjacent Russell viaduct project.

According to Allen Blair, public information officer for the Kentucky Transportation Cabinet District 9, crews are now beginning to work on the driving surface of the structure.

“We had our first pour of concrete on Friday, which is for the roadway of the bridge,” he said.

Blair said crews would be working seven days a week, barring severe weather, until the surface is complete. He said they are also pouring concrete on the bridge’s sides as well.

“It’s basically in its final stage,” he said, stating the goal of opening it to traffic by the end of summer will likely be reached.

Blair said the new bridge, replacing the 82-year-old viaduct, will be two lanes and wider than its predecessor, with a shoulder.

The $20.6 million viaduct project includes building a new KY 244 looping westward from U.S. 23 to a new flyover bridge across U.S. 23 and the railroad tracks on the river side to touch down where the old viaduct bridge connects to Bellefonte Street in Russell.

Blair said that once the bridge opens to traffic, the old one will be closed and demolished by the end of the year.

“The entire project has been a year and a half,” he said.

He said the opening of the new bridge will also simplify the intersection on the Kentucky side of the Oakley C. Collins Memorial Bridge, with traffic at that point only going to U.S. 23.

“There will be significantly less wait lines,” Blair said.

This viaduct project follows the replacement of the old Ironton-Russell Bridge, which closed in 2016 with the opening of the Oakley C. Collins Bridge.