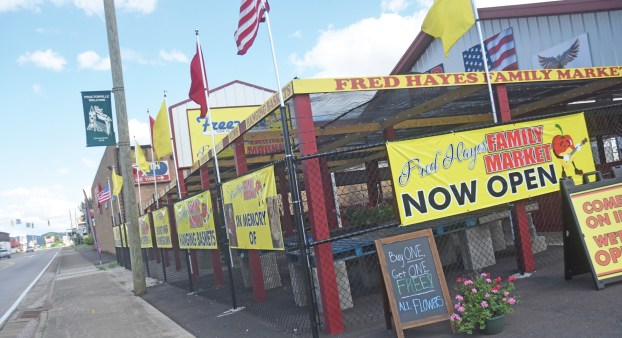 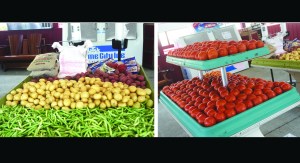 Tomatoes, beans and potatoes for sale at the Fred Hayes Family Market in Proctorville. (The Ironton Tribune | Heath Harrison)

PROCTORVILLE — People living in the eastern end of Lawrence County now have a new place from where they can buy fresh produce, flowers and other items.

The Fred Hayes Family Market opened at 219 State St. last month, taking over the site of a former produce location that had been vacant for several years.

Its colorful exterior, decorated with flags, is an eye catcher for motorists coming through Proctorville’s main drag.

“We have all kinds of fruits and vegetables, half runner beans, corn, tomatoes and potatoes,” owner Freddie Hayes Jr. said. “And we have Amish goods — jams and jellies, fresh eggs and fresh steaks and hamburger, so people can get meat.”

Outside, a wide selection of flowers and other plants are available.

Hayes, who also serves as a Lawrence County commissioner, said as the summer season progresses, most of the offerings will be from local producers as they become available to markets.

His family also owns the Coal Grove Freezette and Hayes said that the market will host a drive-through, second location for that business in about four to six weeks.

Since its opening, the market has hosted events, such as Meet the Characters, featuring Disney and other favorites for children, and a day for local vendors, as well as a visit from the Backyard Grub food truck.

Hayes said the market will continue to expand its offerings in coming months.

“We plan to offer a lot more Amish goods in the near future,” he said.

Unlike some farmers markets, which are only open for the warm season, Hayes said the business will operate year-round.

“At Christmas, we’ll have fruit baskets, nuts and candies in bulk,” he said.

The Fred Hayes Family Market is open 10 a.m.-6 p.m. Tuesday through Friday, from 10 a.m.-5 p.m. on Saturdays and Sundays and is closed on Monday. 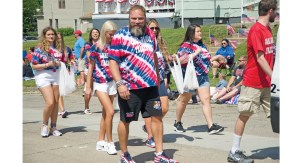 For a little over a month, the Lawrence County Health Department has been working to administer the COVID-19 to teenagers... read more