Five in the running for 2021 fair queen 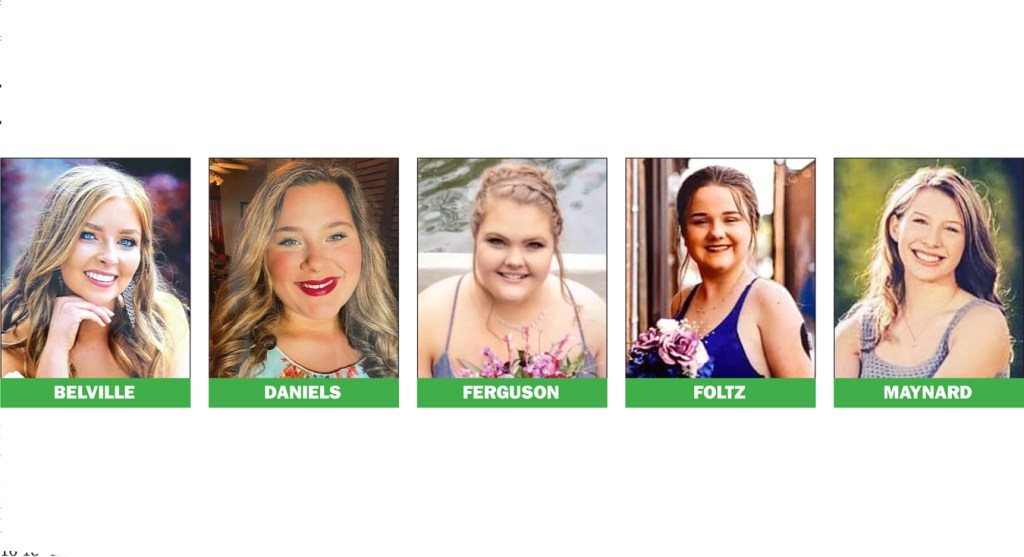 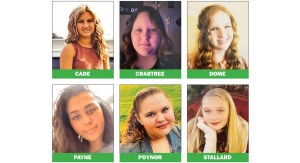 Annual pageant set to return at opening ceremony on Sunday

ROME TOWNSHIP — The Lawrence County Fair kicks off on Saturday, making a full return from last year’s COVID-19 closure and, with it, will be the comeback of the annual fair queen and princess pageant at opening ceremonies at 1 p.m. on Sunday.

The pageant dates back at least five decades, advisor Jessie Newman said, and is open to girls who reside in Lawrence County who meet a few requirements.

For the queen pageant, Newman said those taking part must be a member of 4-H or FFA and be between 16-18 in their 4-H age. She said the queen pageant is unique in that the winner has the option to travel to Columbus to take part in the Ohio Fairs Queen competition in January.

“It’s just the only one to take part in the state level,” she said.

Contestants for fair queen this year are:
• Brea Belville, the daughter of Shannon and Brigette Belville. She will be a senior at Symmes Valley High School this fall and is a member of the Lawrence County Junior Fair Board.

• Makenzie Daniels, the daughter of Brent and Joanna Daniels. She will be a senior at Symmes Valley and is a member of Scottown Farmers and Farmerettes 4-H club.

• Elizabeth Ferguson, the daughter of Tina and Curtis Ferguson. She is a freshman at Shawnee State University and a member of Barnbusters 4-H club.

• Megan Foltz, the daughter of Sonya Beckett and Jimmy Foltz. She will be a senior at South Point High School and Collins Career Technical Center and is a member of the Lawrence County Copperheads 4-H club.

• Willow Maynard, the daughter of Rachel and Josh Maynard. She will be a senior at Symmes Valley and is a member of the Willow Wood Wranglers 4-H club.

Also crowned at the opening ceremony is the fair princess, who is a 4-H or FFA member between 12-15 in age.

Competing in that pageant are:
• Enola Cade, the daughter of Amber and Tom Cade. She will be a sophomore at Symmes Valley and is a member of Country Clan 4-H club.

• Kayleen Crabtree, the daughter of Tom Crabtree. She will be in the sixth grade at Chesapeake and is a member the Arabia All-Stars 4-H club.

• Kirsten Dome, the daughter of Jim and Carrie Dome. She will be in the eighth grade and is vice president of the Farm Hands 4-H club.

• Kailee Payne, the daughter of Shannon and Erin payne. She will be a freshman at Symmes Valley and is a member of Arabia All-Stars 4-H club.

• Veronica Poynor, the daughter of Courtney and Mike Roach and Nick Poynor. She will be a freshman at Tri-State STEM+M Early College High School and is a member of the Andis Cornhuskers 4-H club.

• Allie Stallard, the daughter of Erica and Robbie Fetty and Josh and Amy Stallard. She will be in the seventh grade at Dawson-Bryant Middle School and is a member of the Back Road Haybailers 4-H club.

Newman also oversees the Little Miss pageant, which is open to those between the ages of four and 12 and, unlike the other two competitions, does not require a membership in the agricultural groups.

She said there is no limit on how many can enter the pageants.

“The more, the merrier,” she said. “As long as they live in Lawrence County and meet the requirements.”

Newman said those competing for queen first submit an application, detailing their involvement in the fair and other activities.

In Saturday’s competition, after being introduced, they walk the ring in the main barn and will answer a series of questions from three judges, who are chosen from the community. Newman said she picks those who are unaffiliated with any of the contestants, so as to avoid bias.

This year’s winner will be crowned by the 2019 queen, Morgan Klaiber, who has something of an anomaly to her crown.

“She’s the only one to have it for two years,” Newman said, stating that last year, with the fair’s cancellation, no pageant was held in 2020. “But she wasn’t upset by it.”

Klaiber, along with Belville, who was the 2019 fair princess, continued to be the face of the fair in things such as this year’s Ironton-Lawrence County Memorial Day Parade.

Newman said the winner is chosen from their achievements, as well as who can best represent the fair, both during the week and at later county events.

She said there is a misconception that the event is a beauty pageant.

She said, in those days, it was run by local civic clubs, but, from 1989 to present, it has been a part of the 4-H and Junior Fair events.

Winning the pageant is not simply gaining a title. During the fair, the queen and princess hand out trophies during the livestock competitions.

“That’s the first priority,” Newman said. “And they help with any small thing where there’s judging, like Cloverbud events. And they are there to give the little ones someone to look up to.”

Newman said trophies for the queen and princess pageants are paid for by the fair board, but, from April until the time of the fair, she solicits donations from the community, from individuals, businesses, past winners and others.

She said this pays for things such as sashes and trophies for the Little Miss pageant, as well as gift bags for the participants.

Newman said local hair stylists and make-up artists also donate the time and services, arriving on the day of the pageant to work with the girls.

Newman, who has been involved with the pageants for several years, says she enjoys the fact that, each year, “it gives the kids something to look forward to.”

She said those who take part are very active and always give back to the fair.

“You can always see that, and that’s really fulfilling,” she said.

— For more on the pageant, visit its Facebook page at www.facebook.com/lawrencecountyfairpageants.
— For more on this year’s grandstand acts and entertainment, see the Weekend Edition of The Ironton Tribune.