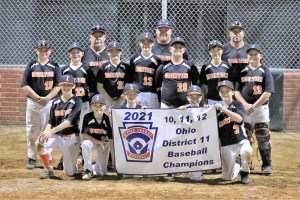 The Ironton youth basketball camp was held this past week and had approximately 50 participants. Pictured are the campers who... read more