Lambert: Fair off to strong start 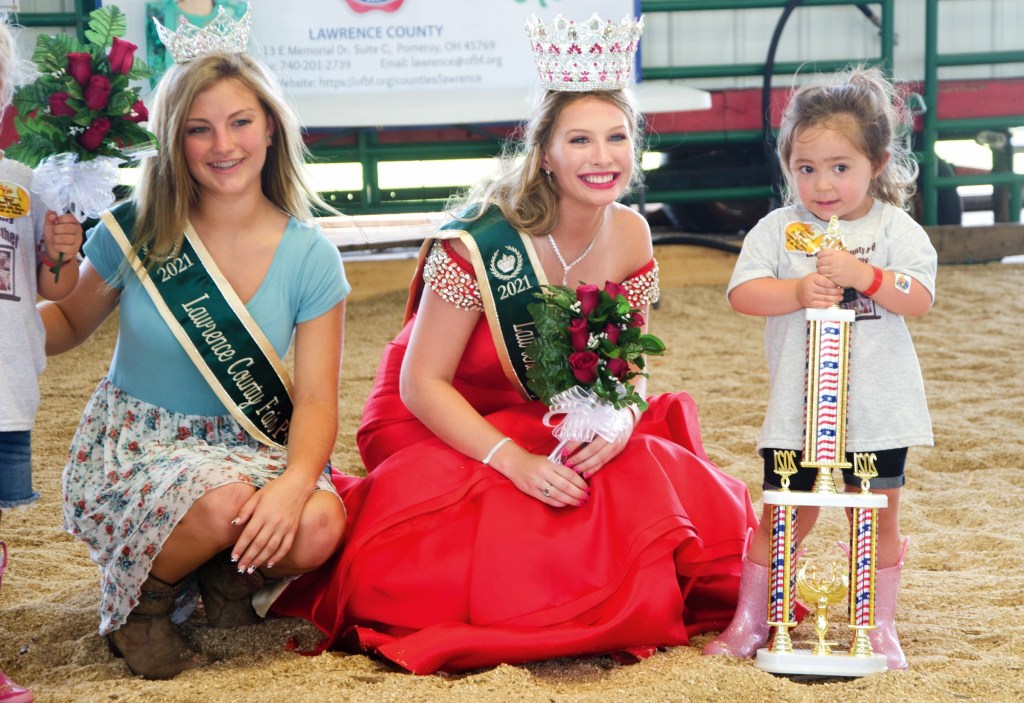 ROME TOWNSHIP — The Lawrence County Fair hosted its opening ceremonies on Sunday and any worries that turnout might be down in its return from the COVID-19 pandemic were quickly forgotten.

“Even with the rain, yesterday was clearly our greatest night ever,” fair board president Randy Lambert said. “There were people everywhere.”

Fair events kicked off on Saturday, the night before opening festivities and the crowning of the fair queen and princess.

In those pageants, it was a repeat sweep for Symmes Valley schools, with Willow Maynard being named fair queen and Enola Cade winning as fair princess.

First runner up in the queen pageant was Brea Belville, who was still reigning as the 2019 fair princess, with Makenzie Daniels as second runner up.

In the princess pageant, first runner up was Kirsten Dome, with Allie Stallard as second.

Maynard, who will be a senior at her school in the fall, is the daughter of Brent and Joanna Daniels and a member of Scottown Farmers and Farmerettes 4-H club. She was crowned by the 2019 queen, Morgan Klaiber.

Maynard is a longtime 4-H member, starting as a Cloverbud in third grade. She said she began showing animals at the fair the year after that.

She said 4-H programs are beneficial to youth, as they teach life lessons and responsibility, in addition to agricultural skills.

“And this is the biggest responsibility I’ve had yet,” Maynard said. “I’m just so grateful to have it.”

Cade, who was first runner up for princess in 2019, is the daughter of Amber and Tom Cade. She will be a sophomore at her high school in the fall.

She is a member of Country Clan 4-H club, has taken part in fair activities for eight years and regularly shows cattle.

“It feels really great,” she said of getting the crown.

She said there were a lot of great entrants competing in the pageant and going through the interviews with her.

The stands in the main barn were packed with family members and attendees as this year’s royals were crowned.

Lambert said the high turnout for the first two days showed an eagerness for the public to return to events.

“They were just glad to be able to get out and come,” he said. “I think we’re going to have a great week.”