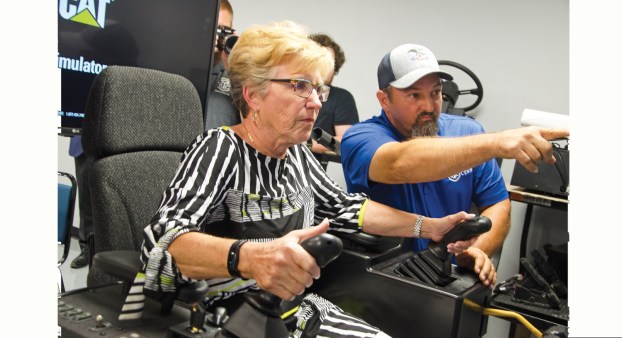 Gayle Manchin, federal co-chair of the Appalachian Regional Commission, operates a heavy equipment simulator at Collins Career Technical Center on Wednesday. Assisting her is Mark Norris, an instructor at the school. (The Ironton Tribune | Heath Harrison) 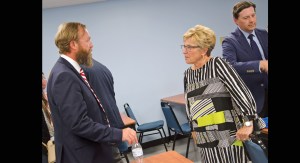 GETAWAY — The head of the Appalachian Regional Commission paid a visit to Lawrence County on Wednesday to view first hand how funds from the agency are being implemented.

Gayle Manchin, who assumed the job as federal co-chair of ARC on May 6, stopped by Collins Career Technical Center, where she saw the results of projects funded by the development agency.

Manchin, the former first lady of West Virginia and wife of the state’s Democratic U.S. Sen. Joe Manchin, started the school’s heavy equipment program, where she heard from instructors.

Mike Staton, the assistant director of business and industry outreach said that CCTC’s program was the recipient of two grants, from both the federal and regional side of ARC.

“Without the ARC money, the district would not have this kind of resources,” he said, stating the regional funds helped to kick off the program.

Manchin got to see how students are trained and was given the opportunity to get in a simulator, designed by Caterpillar, which created the conditions of operating an excavator and bulldozer.

“It was interesting,” she said, noting that you could feel a vibration when the on-screen bucket was filled with dirt.

After it was over, she spoke to the room about her experience running the equipment. 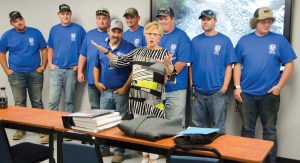 “I did not earn a blue shirt,” she said of students’ school attire. “Also, I did not kill anyone.”

She credited instructor Mark Norris, who assisted her at the controls.

Manchin, who is touring the region, having stopped to visit projects in Marietta on Tuesday, said it was good to meet those involved.

“To see the project, as opposed to what is on paper,” she said.

She said the region is seeking “equity,” whether in the form of job opportunities, rural broadband or water quality.

“And, when we bring equity to people in Appalachia, it is important,” she said, stating that programs such as that at CCTC will allow people to “work in the area they live and have a good quality of life.”

Established by President John F. Kennedy in 1963, ARC is a regional economic development agency that represents a partnership of federal, state and local government and is composed of the governors of the 13 Appalachian states and the federal co-chair.
Manchin said she has been bringing the message of equity to those governors.

“I think most of the governors in Appalachia appreciate that,” she said. “I just want to remind them.”

After her talk, Steve Dodgion, who is retiring as CCTC principal at the end of the month, presented Manchin with two blue school shirts for her and her husband.

“We expect Joe to have that shirt on in the next Senate meeting,” he said.

Dodgion credited Staton as the driving force behind the heavy equipment program.

“Seeing this come to fruition is unbelievable and I want to give credit where it is due,” he said.

Staton said the school was thankful for the ARC grants.

“We’re very proud of what we’ve accomplished and got going here,” he said. “If it wasn’t for the ARC funds, this wouldn’t have happened.” 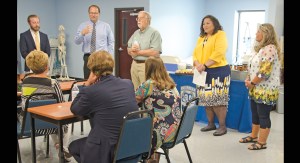 Representatives of the Ironton-Lawrence County CAO discuss the Recovery-to-Work program with Gayle Manchin, federal co-chair of the Appalachian Regional Commission, during her visit to Collins Career Technical Center on Wednesday. (The Ironton Tribune | Heath Harrison)

Following the session with the heavy equipment program, Manchin moved onto another room at CCTC, where she met with representatives from Ironton-Lawrence County Community Action Organization. ILCAO was recently awarded a $500,000 INSPIRE grant from ARC to allow it to expand its recovery ecosystem by developing an Intensive Outpatient Program, incorporated into the agency’s Recovery-to-Work program.

D.R. Gossett, executive director of ILCAO, said they have a broad program through the One Stop Center in Ironton, which helps those in the addiction crisis to find treatment and to re-enter the workforce.

He said, following treatment, the biggest issue for these individuals is “what’s next?” and that they hope to serve as a bridge for them.

Natalie Adams, director behavioral health for ILCAO, said the 2-5 years after treatment are essential for those in recovery to get their life back and that they hope to “remove the stigma” of those dealing with addiction.

“It doesn’t take hardly anything to stumble,” she said. “We work with individuals through best of times and worst.” 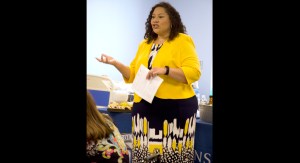 Manchin heard first hand from one who has seen success from ILCAO’s program.

A woman, who they have worked with for 14 years, shared her story, telling them that she came from a family of addicts, with her mother and most on her maternal side addicted.

She said, as a result of this situation, she became addicted herself, eventually going to prison, where she had a baby.

“Recovery to work changed my life made and me want to work,” she said, stating that she has now found a job with a local employer and has been able to keep custody of her children.

She said she now has her own residence, a job she loves and has been sober for two years and five months.

“There were bumps in the road,” she said. “It wasn’t easy, but, when it happened, the whole team was there to call me out.”

Manchin asked her if there was difficulty disassociating from those in her past from when she was addicted.

“It’s a whole new family,” the woman told her, stating those in the program she had met were close and offered continuous support.

Ralph Kline, assistant executive director for ILCAO, said the ARC funds had allowed them to be more flexible with their case management.

“We are so thankful for the INSPIRE grant,” he said.

He said when he first refers someone to treatment he often tells them, “Now is the time to be selfish,” insisting they put the focus on their recovery.

“Down the road, we can bring things back in like parents and kids,” he said.

He spoke of several recovery success stories, such as that of a man who had a background in the chemical industry and was able to reach a point where he is now working a $60,000 a year shift manager job in his field.

The judge tied the two events together and stated that what is truly needed is sustainable industry for the region. He said he feared many getting an education will be forced to leave the county due to lack of jobs.

“Our best and brightest are going to Columbus,” he said. “We have an amazing workforce, but we don’t have an industry that is sustainable.”

Manchin said she appreciated the work Ballard is doing and has seen the importance of drug courts in West Virginia. And she congratulated all working on the issue.

“It’s always a team,” she said. “No one person can do it alone. God bless you for what you’re doing and the success you’re having.”

Two cars being given away as reward LEXINGTON, Ky. — Kentucky Blood Center is encouraging blood donors to give blood... read more