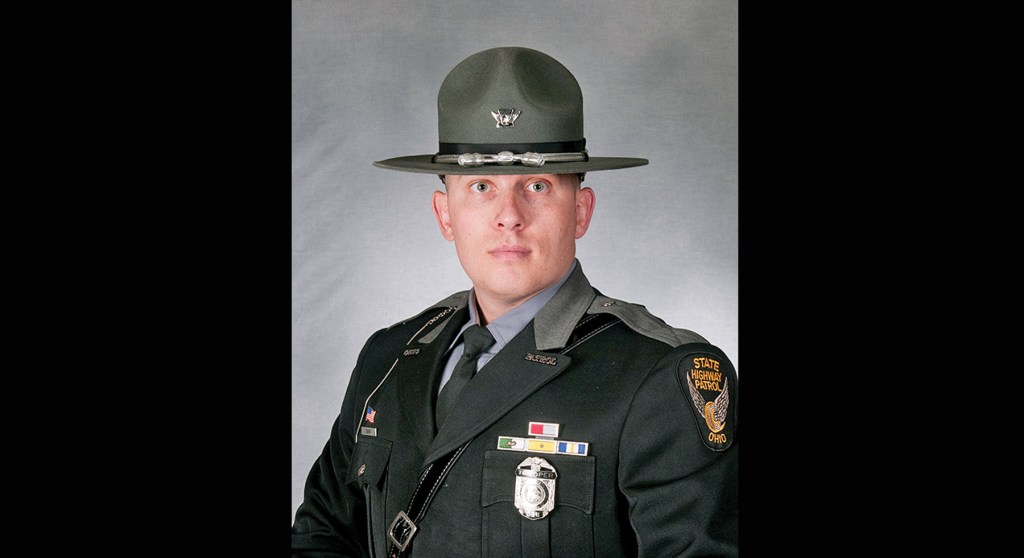 Will start serving as assistant commander at OSHP Ironton Post

Trooper Steven M. Dunn was promoted to the rank of sergeant on Tuesday by Col. Richard S. Fambro, OSHP superintendent.

“Sergeant Dunn is a Marine Corps Veteran and brings strong leadership skills to the management team at the Ironton Post,” said Lt. Nick Lunsford, commander of the Ironton OSHP Post. “ I am very pleased to have Sergeant Dunn serve as assistant post commander.”

Dunn began his Patrol career in November 2012 as a member of the 154th Academy Class. He earned his commission in April of the following year and has been assigned to the Jackson Post throughout his career.

In 2018, he earned the Ace Award for excellence in auto larceny enforcement. He was selected as post and district Trooper of the year twice. He also earned the Criminal Patrol Award seven times.

The Ohio State Highway Patrol is an internationally accredited agency whose mission is to protect life and property, promote traffic safety and provide professional public safety services with respect, compassion and unbiased professionalism.