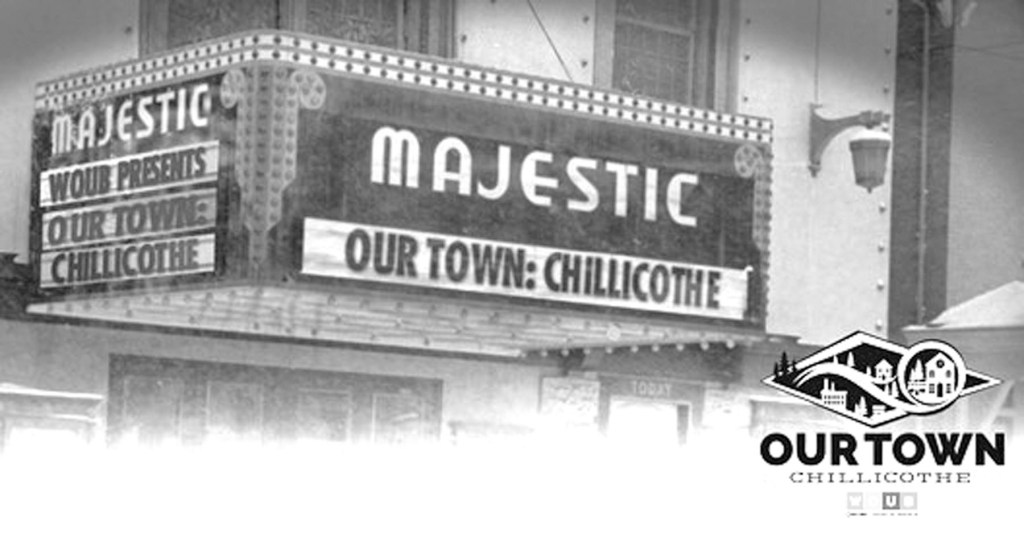 ATHENS — WOUB Public Media will have the premiere screening of “Our Town: Chillicothe” at the end of September at Chillicothe’s historic Majestic Theatre in a free in-person event.

“We are thrilled to be able to premiere “Our Town: Chillicothe” in person,” said WOUB producer/director Evan Shaw. “It will be wonderful to gather with the people of Chillicothe and be able to hear their live reactions to the film. It’s also wonderful that we are able to do it at a place that has so much history itself.”

Chillicothe was the first capital of the state of Ohio and is known for its presence on the State of Ohio seal with a circular coat of arms that depicts a Chillicothe sunrise.

The one-hour documentary will examine many other unique aspects and people of Chillicothe including how it is home to the oldest newspaper west of the Allegheny Mountains; the influence of the papermaking industry; how World War I contributed to the city’s growth and its notable residents like Librarian Burton Stevenson who created an immense library system for Camp Sherman; Commander Henry Walke, a prominent naval Captain and artist during the Civil War; Oliver Anderson, a free Black man who was kidnapped from his Chillicothe home by southern slave catchers; and Former U.S. First Lady Lucy Webb Hayes, who was the first First Lady to have a college degree.

“The story of Chillicothe is not only important in telling the story of southeast Ohio, it’s also critical in telling the story of the state of Ohio,” Shaw said. “I knew going into production of the Chillicothe documentary that there was going to be a lot of amazing history. But I truly had no idea, and I think there are so many great stories that people don’t know. I’m excited that we are going to be able to share them.”

Shaw is a 14-time Emmy-Award winner. Chillicothe is the eighth documentary in WOUB’s “Our Town” series. Previously highlighted communities in the “Our Town” series include Lancaster, Pomeroy, Nelsonville, Jackson, Athens, Morgan County and Gallipolis.

“Our Town: Chillicothe” is scheduled to premiere at a free public screening in Chillicothe at 3 p.m. on Sept. 26. WOUB is asking those who plan to attend to pre-register, so they know how many people to expect. You can register here: https://bit.ly/WOUBChillicothe

“Our Town” is a historical documentary series produced by WOUB Public Media and the Barbara Geralds Institute for Storytelling and Social Impact which aims to tell the unique creation stories of communities in the Appalachian region.

Through the telling of this history, “Our Town” is building the collective story of the Appalachian region and developing an incredible sense of place and purpose to inspire residents to continue building on the past to create a stronger future.