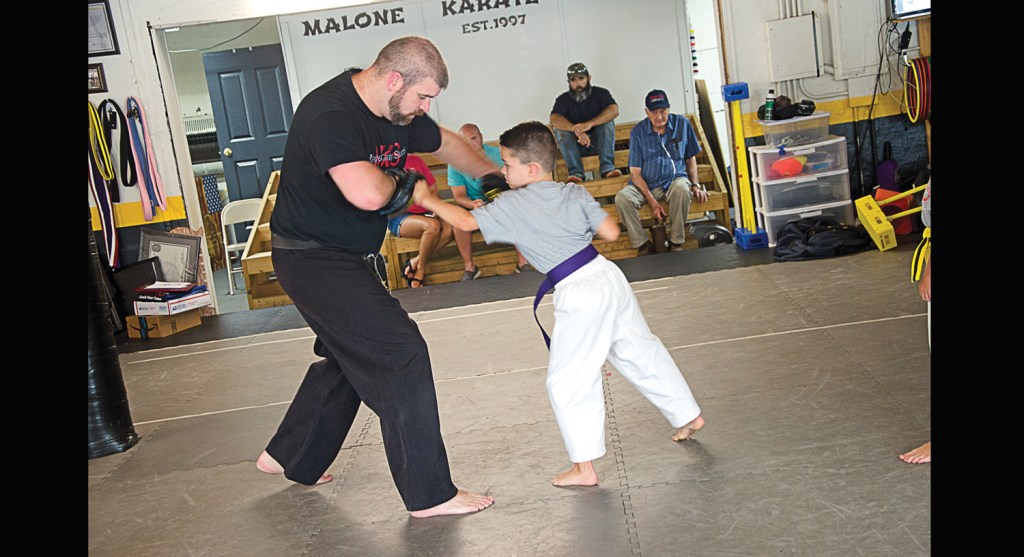 John Malone, owner of Malone Karate, teaches a class of children at this Coal Grove studio on Thursday. Malone was recently named an Instructor of the year by United Fighting Arts Federation, the organization founded by martial artist and actor Chuck Norris. (The Ironton Tribune | Heath Harrison) 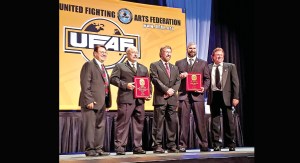 John Malone, instructor and operator of Malone Karate in Coal Grove, second from right, with United Fighting Arts Federation founder Chuck Norris, center, in Las Vegas in July, after Malone was chosen as an Instructor of the year by UFAF. (Submitted photo)

COAL GROVE — A local martial arts instructor was recently named Instructor of the Year by the United Fighting Arts Federation.

John Malone, who owns Malone Karate in Coal Grove, received the designation from UFAF, the organization founded by martial artist and actor Chuck Norris in 1979.

“They have schools all over the country and in Mexico and Norway,” Malone said. “It’s a national and international award.”

Malone said he has been involved in martial arts for 33 years and has been teaching since 1997. He moved to Malone Karate’s current location, at 209 Pike St., in 2010.

He said he teaches karate to those ages five and up, and offers courses in Krava Maga, a self-defense system, to adults.

“It’s what used by Israeli defense forces,” he said.

UFAF is the governing body of the Chuck Norris System, UFAF Krav Maga and UFAF Brazilian Jiu-Jitsu, and oversees the growth, development and certification in those styles.

Malone said the Instructor of the Year award comes about first as a nomination from students.

“And the UFAF board chooses from there,” he said, noting that five were chosen for the award.

For more information on Malone Karate, visit their Facebook page at https://tinyurl.com/2untsn2x. 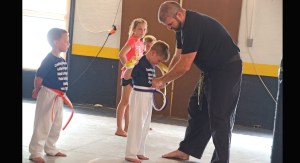