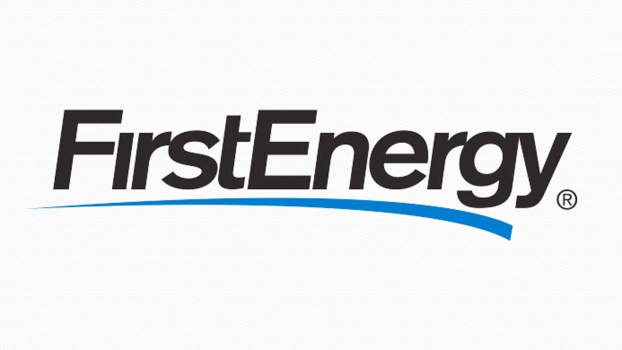 CLEVELAND (AP) — Documents released Monday show that FirstEnergy Corp. paid Sam Randazzo tens of millions for years, including $4.3 million he received to help the utility shortly before he was nominated as Ohio’s top utility regulator.

The office of the Ohio Consumers’ Counsel released consulting contracts between FirstEnergy Corp. and the future chair of the Public Utilities Commission of Ohio, Sam Randazzo, listing around $11 million in payments made to his company between 2013 and 2019.

As part of a deferred prosecution agreement made public a week ago, FirstEnergy said it paid Randazzo $22 million over the years, including the $4.3 million for his future work on FirstEnergy’s behalf.

Randazzo “would perform official action in his capacity” as chair of the Public Utilities Commission of Ohio to include passage of a nuclear bailout bill known as House Bill 6 and other FirstEnergy “legislative and regulatory priorities, as requested and as opportunities arose,” according to the statement of facts signed by current CEO and President Steven Strah.

The statement said FirstEnergy “had no legal obligation to make the payment.”

To avoid criminal prosecution on a federal conspiracy charge, FirstEnergy has agreed to pay $230 million in penalties and abide by a lengthy list of provisions for the next three years.

The office of the Ohio Consumers’ Counsel sought copies of the consulting contracts as part of information requests and subpoenas submitted to FirstEnergy after then-U.S. Attorney David DeVillers announced the company had secretly funded a $60 million bribery scheme to get the tainted energy bill approved.

FirstEnergy spokesperson Jennifer Young on Monday said: “While we’re unable to comment on the contract in light of pending proceedings, we are carefully reviewing and revising our political activity and lobbying/consulting practices, including requiring robust disclosures about lobbying activities.”

Randazzo denied wrongdoing in a statement released by his attorney last week. He has not been criminally charged.

“I executed my duties as PUCO chair conscientiously, lawfully, and mindful of striking the right balance between competing interests,” Randazzo said. “At no time prior to or after my appointment to the PUCO was I asked or did I agree to exercise authority as a public official or perform any official action in my capacity as chair to further FirstEnergy’s legislative, regulatory or other interests.”

FirstEnergy made the payments to Sustainability Funding Alliance of Ohio Inc., of which Randazzo was the owner and sole employee.

Randazzo resigned as utilities commission chair in November after FBI agents searched his Columbus townhome and FirstEnergy made public the $4.3 million payment in a U.S. Securities and Exchange Commission filing.

Randazzo met with FirstEnergy “Executive 1″ and “Executive 2” on Dec. 18, 2018, at his Columbus townhome, the day after he emailed Executive 2 that he would be applying for a seat on the utilities commission.

It has not been disputed that Executive 1 is Chuck Jones, who was fired in October as CEO for violating company policies and its code of conduct. Executive 2 is one of two senior vice presidents who was fired with Jones, according to the statement of facts.

During the meeting, the three men “discussed the remaining payments under the consulting agreement” and Randazzo’s utilities commission candidacy, according to the statement of facts.

The Dayton Daily News has reported that Jones and the other executive also met that night with DeWine and Lt. Gov. Jon Husted, who had been elected in November, for dinner in Columbus.

FirstEnergy executives then pushed for Randazzo’s candidacy as commission chair, a position which would give Randazzo broad powers in regulating Ohio utilities. DeWine nominated him for the role in February 2019.

“I knew he worked for FirstEnergy. What I knew was the relationship was over with, that would have been the important thing to me,” DeWine told reporters a week ago, the day the deferred prosecution agreement was announced.

The statement of facts said Randazzo, along with FirstEnergy officials, helped write the 2019 bill that provided two Ohio nuclear power plants operated by a wholly owned FirstEnergy subsidiary with a $1 billion subsidy over six years.

The company had announced in March 2018 that it intended to close the plants. The subsidiary, FirstEnergy Solutions, filed for bankruptcy that same month.

Meanwhile, FirstEnergy was looking to avoid having to file a case to reset its rates in 2024 with the utilities commission, something Wall Street rating agencies said would hurt the company’s bottom line.

In November 2019, Jones texted another company executive that “the FE rescue project is not over.”

Later that month, the utilities commission came through, concluding in an order that “we find that is no longer necessary or appropriate” for FirstEnergy’s three Ohio electric companies to file a rate case in 2024.

In January, with Randazzo no longer at the commission, FirstEnergy was ordered to file a rate case in 2024.