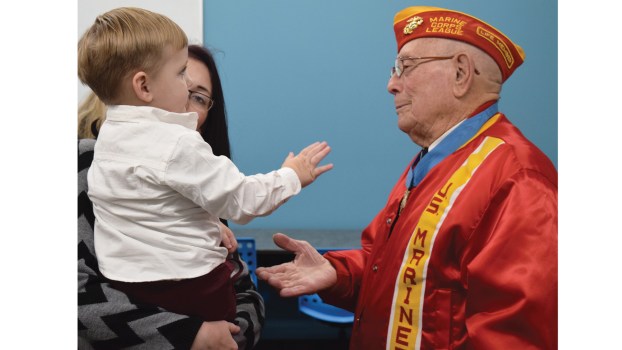 EDITORIAL: Williams is still deserving of Medal of Freedom

This weekend will mark 76 years since the surrender of Japan and the end of World War II.

Victory had occurred in the European theater earlier in the year, while intense fighting continued in the Pacific until the dropping of two atomic bombs brought about the war’s end.

One of the major battles in that theater was the U.S. taking the island of Iwo Jima and it was during that month-long fight that the actions of a local man from the Tri-State brought him national honors.

Since returning home, Williams, a Marine veteran, has dedicated his life to helping others who served, first working at the Veterans Administration hospital in Huntington (which now nears his name), then serving as an advocate for Gold Star families of those who paid the ultimate price in service.

Williams, through his foundation, has worked to establish Gold Star memorials across the country and, in May, he was present for the dedication of one on his home state’s capitol grounds in Charleston.

Williams, the last surviving Medal of Honor recipient from World War II, takes the honor he received with great seriousness and has worked to use that role to inspire younger generations to greater citizenship, often speaking with students in public schools about his experience.

Over the last few years, there was a push from leaders across the county for Williams to receive the Presidential Medal of Freedom, the award established by President John F. Kennedy to honor those who made “an especially meritorious contribution to the security or national interests of the United States, world peace, cultural or other significant public or private endeavors.”
U.S. senators and representatives across Ohio and West Virginia, from Democrats like Joe Manchin and Sherrod Brown to Republicans such as Bill Johnson and Shelley Moore Capito, were joined by leaders across the country in urging President Donald Trump to award Williams the honor.

Trump, for whatever reason, ultimately declined to do, but we hope those who made the push to continue their efforts with his successor.

And it appears this is the case, with Johnson, Portman, Brown and the majority of our state’s delegation sending a new letter of support and renewing the call in June.

From his bravery on the battlefield to his work in civilian life, Williams has shown a constant commitment to his country and fellow Americans through 75 years of service, has been an honorable voice and representative for all who fought in World War II and has shown that he is deserving of the medal.

We hope all who have been a part of this campaign continue to be vocal and we ask President Joe Biden to please grant this honor to one of our region and nation’s heroes.