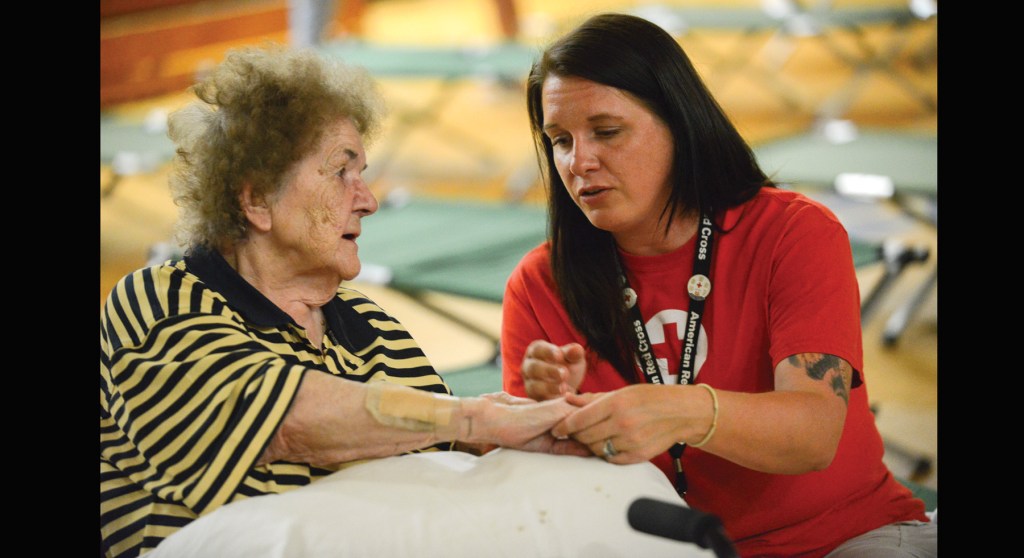 The American Red Cross wants the public to know that they are in need of volunteers.

“We’re preparing for another exceptionally busy disaster season,” she said, pointing out the wildfires that have hit the western United States and the Atlantic Hurricane season, for which 10 more storms are expected.

Thompson said they need people who are willing to deploy to assist those who are displaced into shelters.

She said those working in the shelter would do things such as reception, registration, food distribution and other vital tasks.

“And the Red Cross will provide all the training needed,” Thompson said, stating no prior experience is needed.

Thompson said the training can be done online for at least eight hours and the deployments would run about two weeks.

She said they also have an urgent need for doctors, nurses, EMTs and other qualified personnel.

In addition to deployments, Thompson said the Red Cross also needs volunteers to help here in the region.

“Our local disaster action team responds to everyday disasters,” she said, noting that, in Lawrence County alone, they have responded to six house fires in just the first week of August.

She said these volunteers do things such as help those impacted to get things such as medicine and eyeglasses or to figure out how to navigate insurance.

“So they can start rebuilding their life,” she said.

“Anyone watching the news, seeing what’s happening and want to help out, they can be boots on the ground and hands-on and have a direct impact,” she said.