Heading toward a milestone 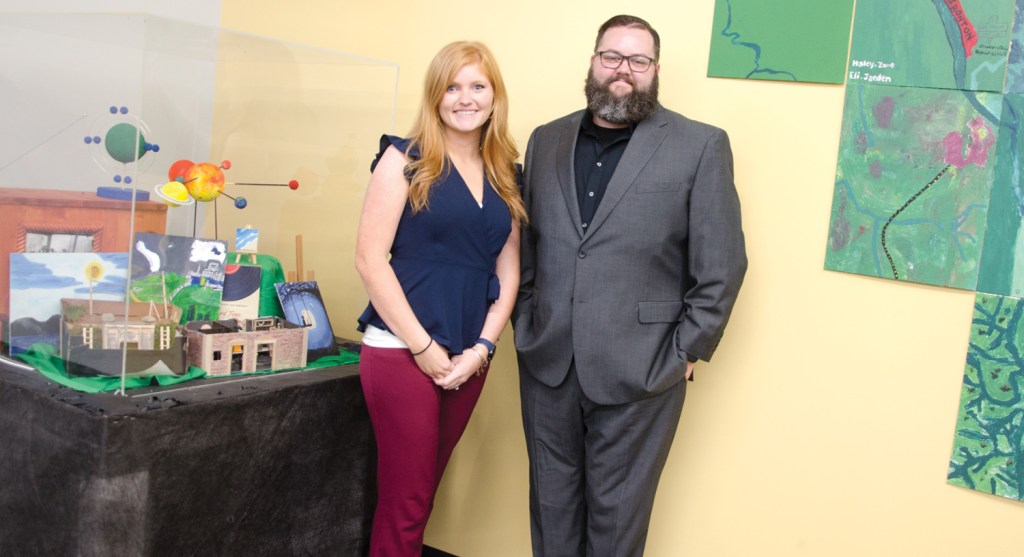 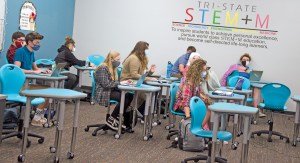 STEM+M will mark a half decade this academic year

SOUTH POINT — Josh Joseph is beginning his second year as director at Tri-State STEM+M Early College High School and, with it, sees 25 new students beginning their time at the school.

Classes at the school began last week, with the total student body at 75, an increase for the growing institution.

Not only is it Joseph’s second year in charge, but it will be the fifth year of operation for the school, located on Solida Road in South Point.

STEM+M offers hands-on learning in the science, technology, engineering, math and medical fields and is open to freshmen through seniors throughout the county.

As a public school, students from Lawrence County can attend at no charge, while it is open those from Kentucky and West Virginia as well.

While assistant director Shelby Davidson points to one student who comes from an hour away, she and Joseph say the vast majority of the student body are local from Lawrence County.

Joseph, who was first hired by the school as a computer science teacher, was named interim director last year.

It was a notable year for the school, which saw its graduating class comprised of students who started as freshmen when it opened in fall of 2017.

In its time of operation, STEM+M has hosted several notable visitors, such as Lt. Gov. John Husted and Medal of Honor winner Hershel “Woody” Williams.

“What you’re doing here is fantastic in helping these students get a head start on life,” he said on learning of how the school allows students to earn as many as 60 hours of college credits,” Husted said.

The students have earned top honors and excelled in competitions.

They were playoff qualifiers in the 2019 Esports Ohio event, won the Rookie Inspiration Award and Highest Seeded Rookie Award in the 2020 Miami Valley Regional robotics competition, won fifth, fourth and first place in the Glockner Dare to Dream competition, have been regional finalists in the science fair and 2020 graduate Bella Schrader was a National Merit Scholar finalist.

And a group from Gov. Mike DeWine’s office said they were especially impressed during their 2019 visit, as they listened to students do presentations on projects they had been working on.

The school is beginning to see real success stories as its past students embark on college.

Davdison points to one in particular, Leah Bailey, who she said was their first ever applicant.

“She has 64 college credit hours and is in the OU nursing program,” Davidson said. “She took every opportunity and ran with it.”

STEM+M has a staff of eight, Joseph said, including four full-time teachers and one part time, three in support serves and two in administration.

The school has continued to grow, adding programs such as art and drama and theater.

Joseph said they are always accepting new students, some of who start after the school year begins. He said they have several events planned as they close in on completing five years of operation.

Joseph said, in addition to curriculum expansion, the school will continue to grow physically as well, with renovations being down on the building’s garage, in order to use it for class purposes. He points out that the size of the space is nearly comparable to the class portion of the building.

“That’s the plan,” he said. “To maximize our space, then outgrow it and eventually build a new building.”