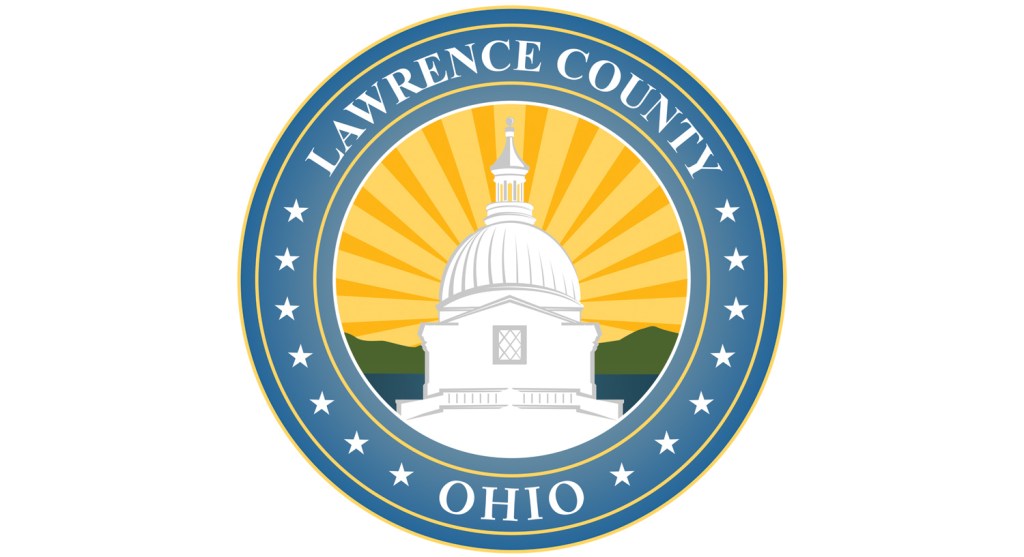 Lawrence County has a new seal, one that incorporates elements to represent all 14 townships.

They also passed a resolution to commemorate the old seal, which was adopted in 1985.

Commission president DeAnna Holliday said they decided to update the seal because “we have to stay modern with the times and it was time to update our logo.”

“And I liked the story the seal tells,” she said.

The new seal, designed in 2018 by Brad Bear, of Bear Media Services, has a lot of symbolism packed into it.

In the center of the seal is the Lawrence County Courthouse since it is the seat of the county government. It was intentionally left white to symbolize that government is ever changing and is never finished with the people’s work.

The hills represent the county’s natural beauty and the blue represents the Ohio River.

Holliday said that the commissioners have been using it for a while and they realized it was time to formally adopt it.

She added that they are not forcing county offices to use the new seal and incur the expense of replacing letterheads and other things that require an official county seal.

“That is up to the individual officeholders as to which one they use,” Holliday said. “The new one is just the one we choose to use.”

The old seal is not going to be tossed in the dustbin of history.

To commemorate the original seal, the commissioners will memorialize it by placing it on the floor mat at the Fourth Street entrance.

The original plaque with the seal will be placed in the newly-renovated commissioners’ chambers on the fourth floor of the courthouse.