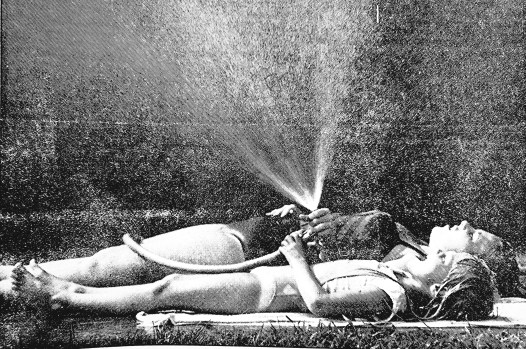 Sisters Angie Waddell, 16, and Amanda, 7, brave the heat in August 1987 near their home on Night Street in Ironton with an umbrella of water from a garden hose providing the necessary defense. (The Ironton Tribune | File Photo | Ray Saviciunus) 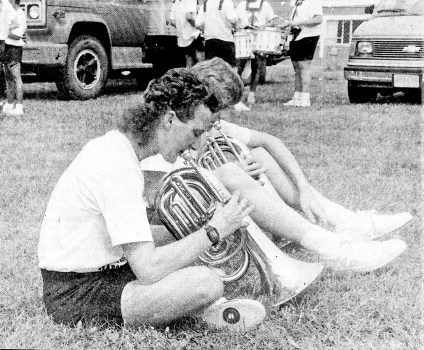 Bill Harbolt, a senior at Ironton High School, takes time to tend to his instrument prior to the opening day parade at the Ohio State Fair in August 1990. About 100 members of the Ironton High School Million Dollar Marching Band were in the parade. (The Ironton Tribune | File Photo) 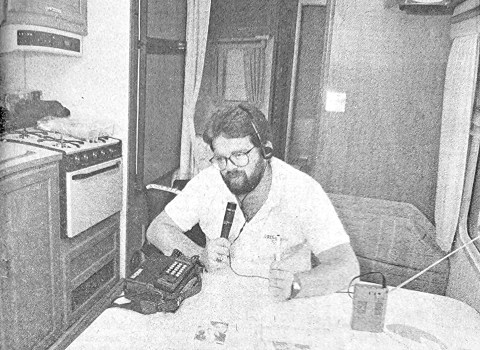 Clint McElroy, of WRVC radio sends, out a broadcast plea for the local Big Brothers/Big Sisters agency from his self-imposed confinement in an RV parked in downtown Ironton in August 1989. He vowed to stay in the recreational vehicle until Big Brothers/Big Sisters received 50 calls from potential volunteers. McElroy said the need for volunteers was particularly urgent in Ironton. (The Ironton Tribune | File Photo | Mike James) 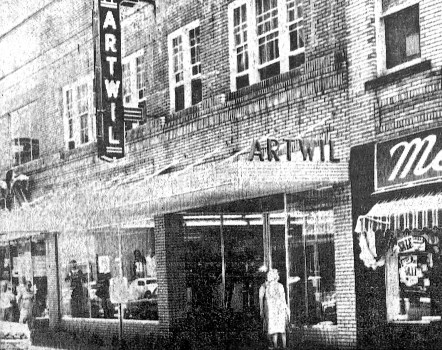 An establishment in Ironton for a number of years, The Artwil Shop moved to a new location at 117 S. Third St. in August 1965. The building was renovated and modernized, highlighted with outstanding display areas and spacious windows. Back-to-school and new fall merchandise was being offered and new departments in the store were opened. (The Ironton Tribune | File Photo) 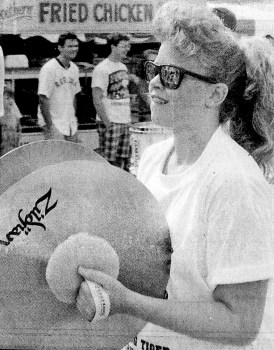