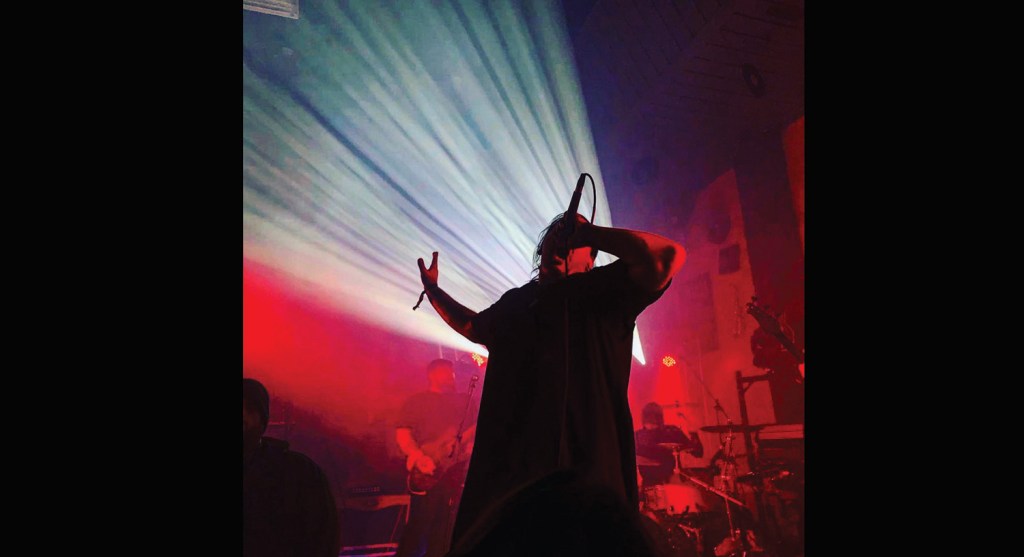 Revision, Revised, from Ironton, Left to Suffer, from Detroit, will be a headliner at Grovefest on Sept. 15 at Paul Porter Park in Coal Grove. (Submitted photo)

First-ever Grovefest is on Sept. 25

COAL GROVE — Soon, Paul Porter Park will be filled with 11 hours of hard rock as it will be the site of the first-ever Grovefest Music & Arts Festival.

Charlies Wilds, vocalist for the band Revision, Revised and creator of Grovefest, said that he decided to put on a metal and hard rock show in Coal Grove because of his fond memories of rock festivals like XFest that the radio station WAMX used to put on in the ‘90s and wanted to put on a show in his hometown of Coal Grove.

“Those types of festivals are what got me into music. And I’ve played with my band Revision, Revised for 13 years and I’ve only played my hometown one time,” he said, adding that the band has played in 28 states. “So, I thought the hometown area needed something like I’ve played across the country. So, that’s how I came up with the idea.”

He is bringing in a large stage to Paul Porter Park, similar to ones used at Rally on the River and the Warped Tour.

“I wanted to bring in a big stage and have it like XFest was in Huntington. When I was in high school, I grew up with XFest and I wanted something like that, like all the big events that are gone now,” Wilds said. “I want it to have that same kind of feel.”

The headliner is VRSTY, who are played frequently on Sirius XM’s Octane channel and has over 2 million streams on the Internet.

“They are similar to Linkin Park,” Wilds said. “They’ve been around for a few years, but they just now hit the radio. I hear them and thought they were really good. They were one of the bands I really wanted and I got in contact with their manager and set it up.”

Headliners include Left To Suffer, a metal band from Atlanta, Georgia; Emny, a hard rock band from Cincinnati; A War Within, hard rock/post hardcore band from Detroit; and Revision, Revised, who were in the final four in a contest to play with Metallica at the Welcome To Rockville festival.

Other acts are Whatdrivestheweak, of Grayson, Kentucky; Curses, from Morgantown, West Virginia; I, The Oracle, of Huntington, West Virginia; Fear The Dreamer, of Coal Grove; Of Serpents, from Nashville, Tennessee; Down In Round Three, from Ironton and Coal Grove; Intercession For Imposters, from Portsmouth; Kuhmora, from Cleveland; Valley of Dismay, of Cincinnati; and This Town Has Ghosts, from Pikeville, Kentucky.

“Now that XFest and Rally on the River are gone, no one brings this kind of music around here anymore,” Wilds said. “And statistically, this music sells the best. And hard rock bands are very energetic to watch live. They are all entertainers and great to watch live.”

Pre-sale tickets are available at grovefestohio.com and ticket orders made after Sept. 15 can be picked up at the gate. General admission tickets are $17, VIP tickets are $30 and VIP+ tickets with pit pass are $50-$53.

The show is sponsored by Oscars Breakfast and Burgers & Brews. Vendors include J&M Scents, Squid Ink Scribbles, Peaceful Warrior, Flower Power CBD, The Hammers Fall Forge, Mindbatter Design, DIVA, The Boots Distro, Pitiful Paws Rescue and Art By Shayna. There will be food trucks including Wise Guys. There will also be carnival games and corn hole.

What: Grovefest Music & Arts Festival
Where: Paul Porter Park, Coal Grove
When: Saturday, Sept. 25. Gates open at noon for VIP+ and VIP ticketholders. 12:30 p.m. for general admission. Festival ends at 11 p.m.
Bands: Left To Suffer, VRSTY, Revision, Revised, Emny, A War Within, Whatdrivestheweak, Curses, I, The Oracle, Fear The Dreamer, Of Serpents, Down In Round Three, Intercession For Imposters, Kuhmora, Valley of Dismay and This Town Has Ghosts.
Also there: Vendors and food trucks.